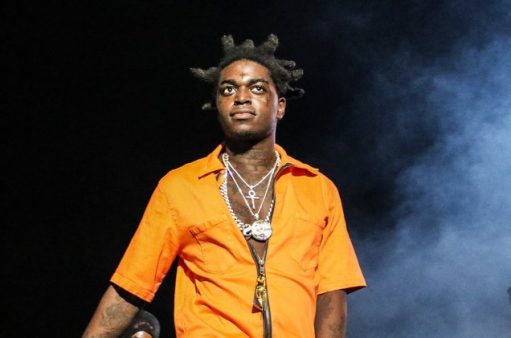 American rapper/singer, Kodak Black, has been declared dangerous to the community by a judge, this ruling has halted his chance of been released from jail.

Kodak was arrest earlier this month on federal and state weapons charges right before he was to perform at the Rolling Loud Miami.

His bond was initially set at $550,000, but the state appealed the judge’s decision to release him on bond due to prior convictions. The judge agreed and Kodak was denied bond.

The rapper is in court for allegedly falsifying information on firearm applications this summer.

According to WPLG Local 10, the judge had described the rapper as “danger to the community because he wants to have access to guns.”

“I’m very concerned with the type of guns he wanted to get a hold of and that he has a prior [criminal history],”

“He was out on bond [from the South Carolina case], and he committed an offense.”, U.S. District Judge Federico Moreno said.

The complex also added that the rapper was also connected to an attempted shooting which took place in March.

No one was reported hurt in the incident but one of the weapons which were purchased with his allegedly falsified firearm applications was found at the scene with his fingerprints on it.

Authorities are currently investigating three other shootings in the Miami area that they believe could be in connection with Rolling Loud.

The rapper who had been indicted for sexually assaulting a teenage girl in 2016 could face a jail term up to 30 years.