See What Nigerians Are Saying About The Newly Sworn In Kwara State Governor, Abdulrazaq | Naija News 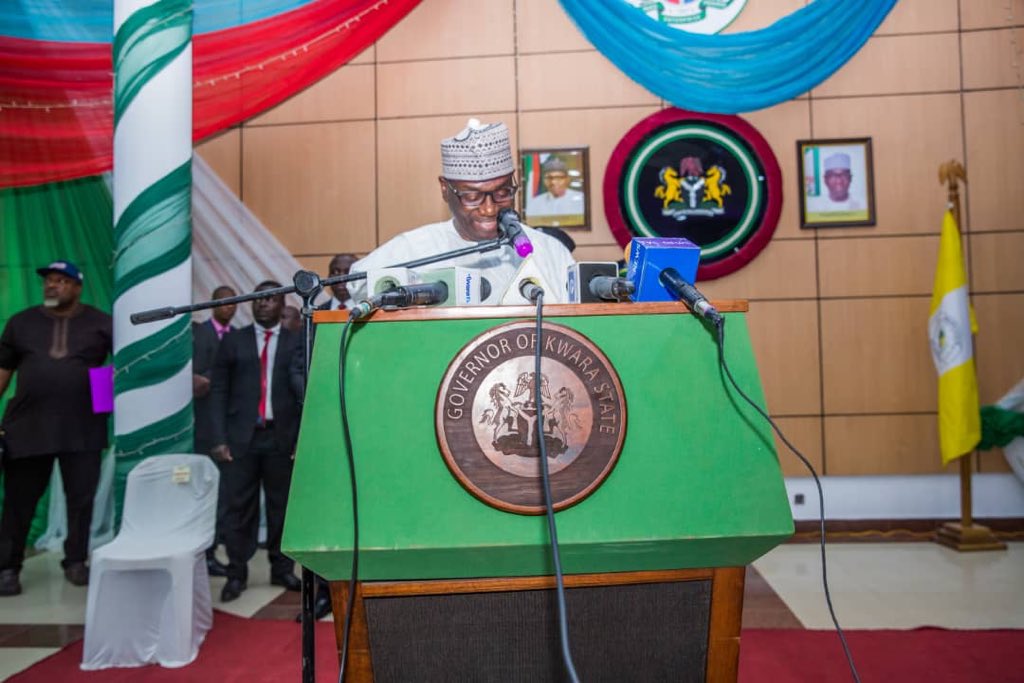 Newly sworn-in Governor of Kwara state, Alhaji Abdulrahman Abdulrasaq has described the victory that ushered in his tenure as a victory for all Kwarans.

The Governor who was sworn in around 11 am on Wednesday at the Government House, Ilorin, Kwara State, May 29, 2019, also lauded the efforts of the people of the state, especially those who were attacked, humiliated, abused during the process of the election.

Naija News understands that 28 other governors were sworn-in, across 29 states in the country, today.

Nigerians have started congratulating the new governor and telling him about what is expected of him in the next four years.

Here are some of their reactions:

Your swearing-in today marks the beginning of a new and beautiful chapter in the history of Kwara. On behalf of the good peoples of EKITI, IREPODUN, ISIN, OKE-ERO Federal pic.twitter.com/333VqgXH3h

I'll keenly be following the activities of the newly sworn in Governor of kwara state.. There is something peculiar about him.. May he succeed, and may they all succeed.

In Kwara, Abdul-Rahman Abdul-Razaq officially sworn in as the 7th executive governor of Kwara state. Also sworn in was his deputy, Kayode Alabi. #kwaraInauguration #LifeInArewa pic.twitter.com/wWpamQtXvL

Congratulations to His Excellency Abdulrahman AbdulRasaq @RealAARahman on his swearing in as the governor of Kwara State. The work of governance is a collective one which requires diligent and sacrifices. I wish you a successful tenure. #Iseya #KwaraOfOurDream pic.twitter.com/rUHnDVe1ER

Hopefully, we can have a better environment, No one should be expecting magic but we hope it's all success, hope this handle is real