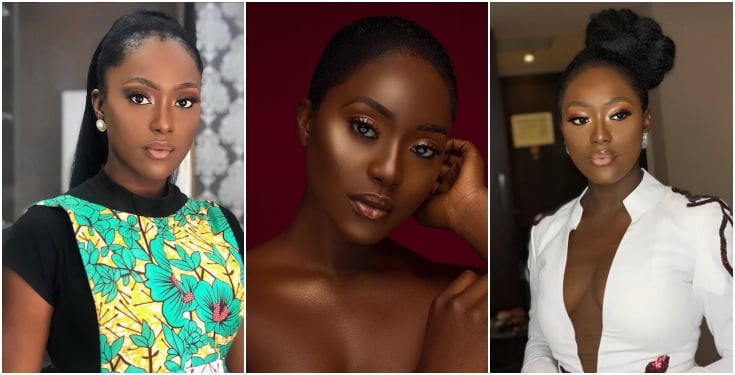 A fan of Nollywood actress, Linda Osifo has confronted her after she posted a picture of herself on Instagram account describing herself as chocolate.

The caption did not go down well with the fan of the actress.

Sharing the picture on her social media platform she wrote, “Na chocolate we chocolate, we nor commit crime…you touch am??”

The fan to the actress in his reaction stated that he cringes when he sees captions of beautiful black women calling themselves a bar of chocolate.

He further stated that he hates comments that call black queens after a candy bar while a white woman is not call after white candy bars.

He, however, noted that black women are God’s greatest creations, so they should see themselves as black queens, not chocolate.

The actress in her response to the fan’s statement stated that she tastes like chocolate and that was why she referred to herself as chocolate.

See the conversation below: 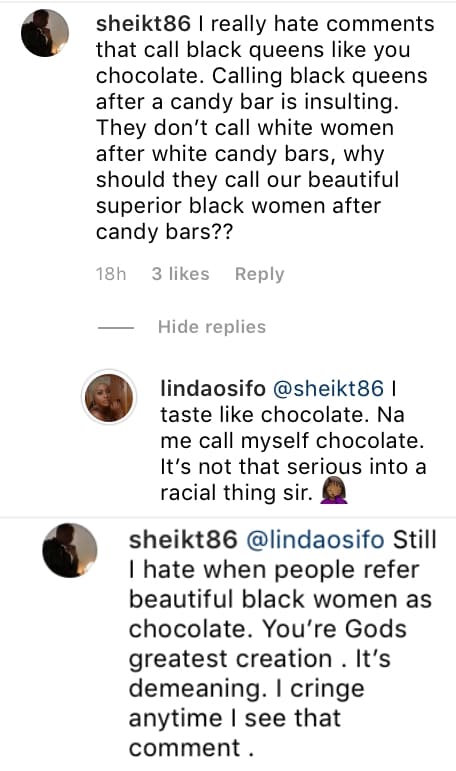