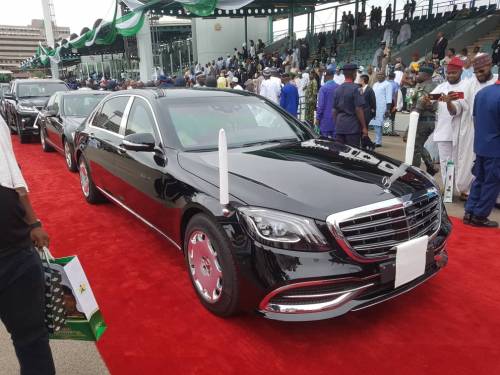 The news car was among the fleet of cars that conveyed the president to the Eagles Square for his second term inauguration.

Checks by SaharaReporters revealed that the 2019 Mercedes-Benz S-Class S 560 was specially designed for Buhari.

This coming less than 24 hours after the president submitted his asset declaration form at the Code of Conduct Bureau, which showed no significant changes in assets as declared in 2015 by him.