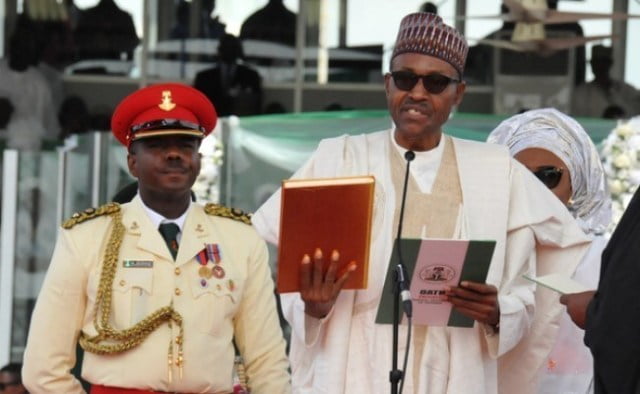 President Muhammadu Buhari, Vice President Yemi Osinbajo, 29 governors and their deputies will on Wednesday (today) take their oath of office.

However, Naija News learnt that many outgoing governors will shun the inauguration of their successors.

While Buhari and his running mate Osinbajo of the All Progressives Congress (APC) would be sworn-in today at the Eagle Square in Abuja for a second term, other governors-elect would be sworn-in in their respective states.

The results of the election showed that only APC and PDP produced governors out of the over 90 political parties.

The PDP has 15 states, while the ruling APC has 14 out of the 29 where governorship election held.