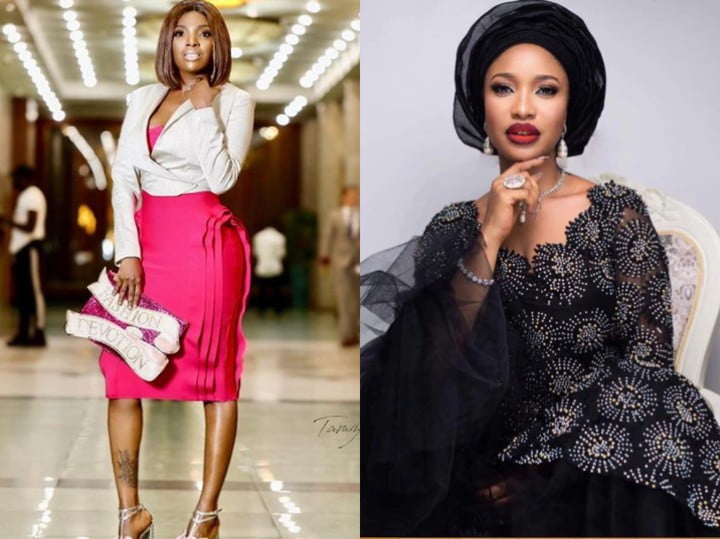 Annie Idibia, the wife of legendary singer 2baba has finally replied Tonto Dikeh who a few days ago threatened to beat her, 2baba and other Nollywood actors.

Tonto Dikeh in a post had stated that she had no friends growing up and presently.

She stated that this is because she always told them what others say behind them and they also do that in return. She wrote;

“BLOGGERS YOUR FOOD IS READY! I WILL DISGRACE YOUR FUTURE. Ik igbonna, Annie,2face(I am sure you understand why you are dragged into this dirt??)),eniola, praise, juju, TOYIN and co be warned I truly don’t want problem!!
But I will beat you up if you can beat me get ready!!
#DROPS MIC
Signed KING TONTO” 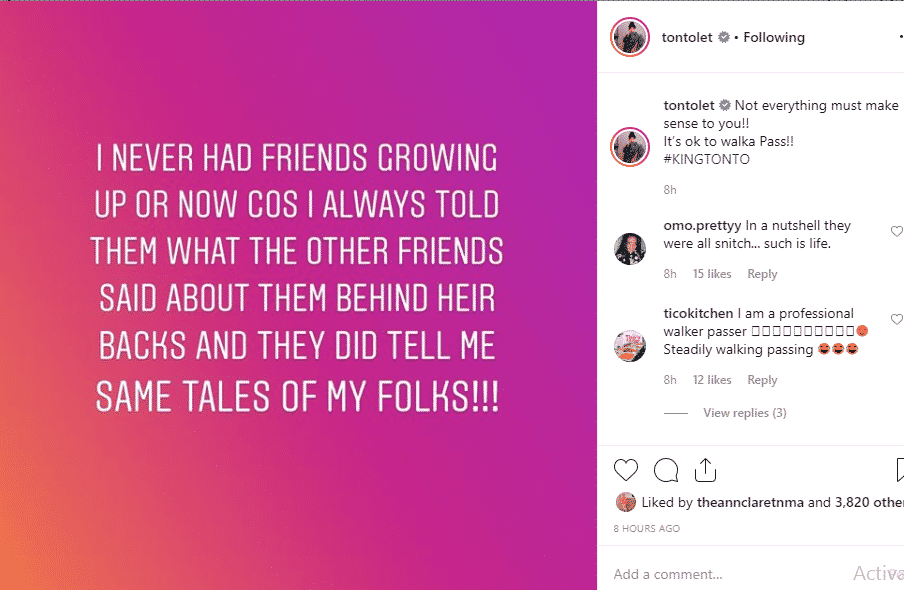 Annie Idibia in her reaction to Tonto Dikeh’s post via Insta-story called on the actress to stop complaining about fake friends because she is old now.

She further stated that if she stays at home, she will never hear rumors of people talking behind her, she wrote; 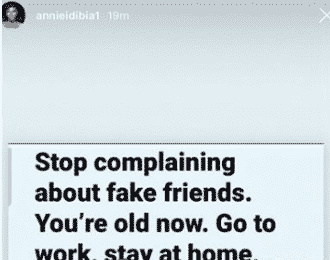