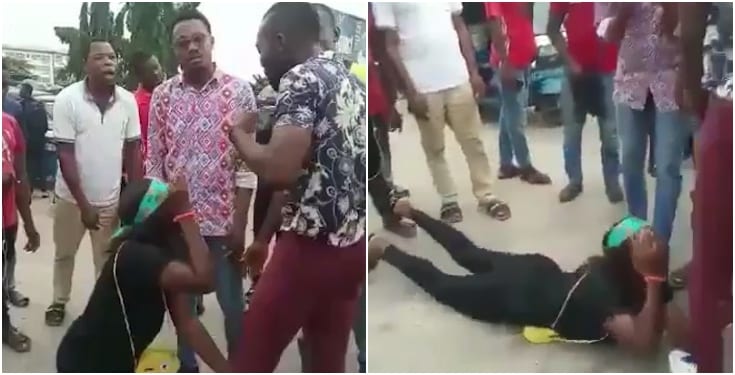 A new video that had since been making the trend across all social media platform shows a Nigerian man publicly refusing the proposal of his girlfriend of years.

However, things turned out not to be what he expected as his man rather than being excited over her proposal, publicly declined to go through the path of marriage together with his partner.

The man openly disagreed to accept the proposal of his girlfriend.

The video revealed how the lady held the legs of her man, with an engagement ring in her hand, pleading for his consent to be both happily married to her man but she was declined openly.