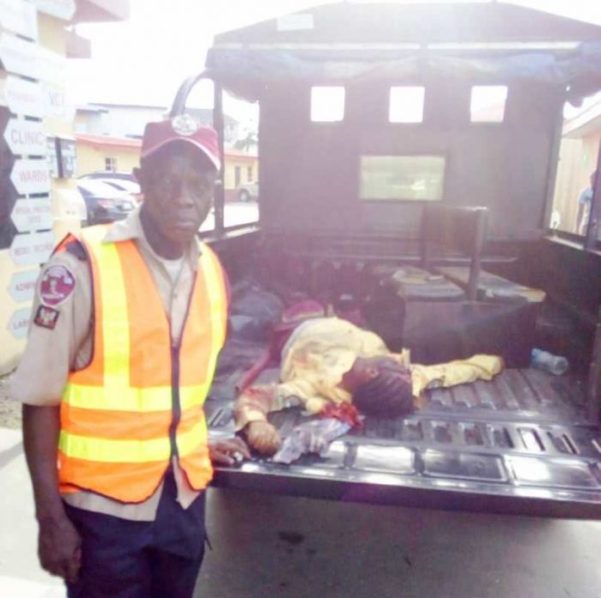 An officer of the Lagos State Traffic Management Agency, (LASTMA) was on Sunday crushed to death by a trailer.

Naija News reports that the incident happened at the Apapa area on Lagos, during the evening hours of Sunday while the officer identified as Arogundade Remilekun was on her duty post controlling the traffic situation in the area.

Remilekun until her death was attached to the LASTMA station base in Apapa Zone 36.

Remilekun was at the back of the truck when the truck reversed without her knowledge as she didn’t see the reversing truck.

While confirming the report, the spokesperson, LASTMA, Mamud Hassan when contacted, said that the trailer driver fled the scene and abandoned his vehicle which had since been impounded by the Police.

Hassan said that Remilekun was controlling traffic when the trailer reversed and crushed her to death.

He said the driver of the trailer fled the scene and abandoned the vehicle. She was survived by a husband who worked in one of the Local Governments in Lagos and a grandmother

The remains of the deceased had since been deposited in the Lagos Island General Hospital morgue.

Hassan quoted the LASTMA General Manager, Olawale Musa as saying that the authority would not relent in carrying out its assigned duties in Lagos.

While commiserating with the deceased, Musa appealed to tankers to re-certify their vehicles before putting them on the road to avert tragedies.