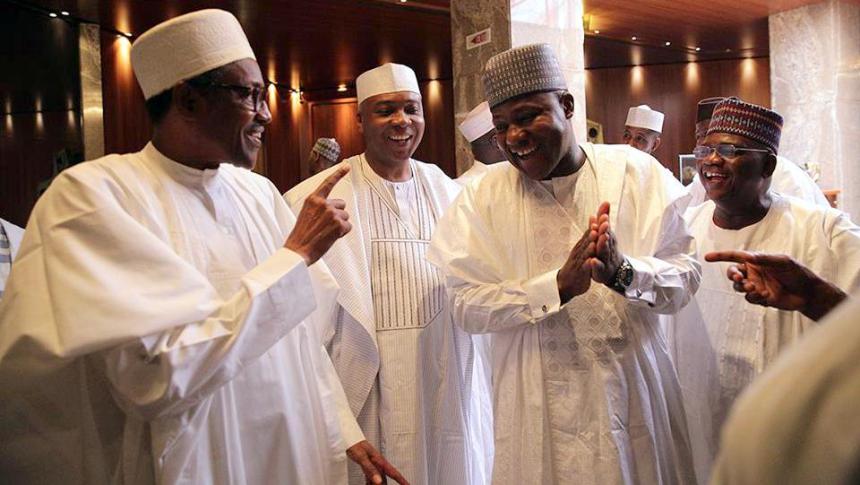 President Buhari said during the “Special Interview” that the National Assembly, led by Saraki and Dogara held Nigeria to ransom for seven months without passing the budget.

“I told Saraki and Dogara that by holding the budget for 7 months, you’re not hurting me, you’re hurting Nigerians? In terms of patriotism, I rate them very very low,” Buhari said on Monday night in a Special Interview monitored by Naija News.

The president said the national assembly wanted to show they were the government and not the executive, and he made his displeasure known about their conduct.

Ahmad Lawan and Femi Gbajabiamila, the candidates of the President and the APC, were defeated in a political game that threw up Saraki and Dogara, who were former members of the Peoples Democratic Party (PDP).

After the election, the assembly was rocked by a budget padding scandal, which pitched the executive against the legislative arm of government in 2016.

In 2017, the Nigerian Senate stopped the screening of Buhari’s appointee, following President Buhari’s refusal to sign some bills of the national assembly into law, and the refusal to sack Ibrahim Magu as the chairman of the Economic and Financial Crimes Commission (EFCC), Nigeria’s anti-graft agency.