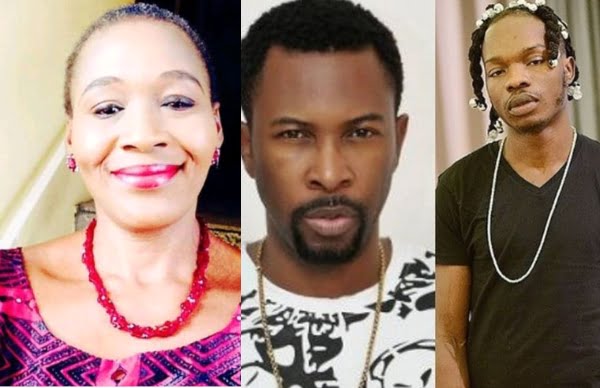 Ruggedman made this threat while reacting to the claim by Kemi that he snitched on Naira Marley which led to his arrest.

Recall that Naija News reported that the singer was remanded in prison by the court after been charged with 11-count Charge.

The Economic and Financial Crimes Commission had apprehended the singer and four others for alleged internet fraud.

The journalist has been served with a letter by the rapper’s lawyer to desist from defaming his character on social media and if she refuses she will be taken to court.

Kemi Olunloyo had stated that the rapper snitched on Naira Marley which led to his arrest, she wrote;

“#BREAKING @ruggedybaba #Ruggedman pls come clean on snitching out @nairamarley on an assumed name to the @officialefcc. We Investigative Journalists also have “snitches” we call sources inside the antigraft agency. We need transparency in this investigation as the petitioner must stand trial too.”

“NIGERIANS know your rights! As a prisoner at #PortHarcourt maximum prison, all EFCC cases had petitioners on the stand or their REAL NAMES and lawyers repping them. I’m not a “mad woman” that people call me. I’m in fact the BEST Investigative Journalist on Nigerian soil and don’t dare call me “Controversial Journalist” cos if your Nigerian media were doing their job, they would have dug deeper and won’t be reporting what I said daily.
Pls confirm or deny this Ruggedman!”