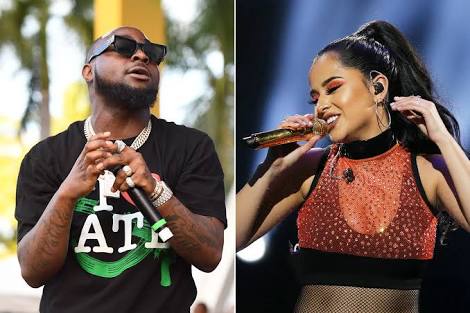 Award-winning Nigeria singer, Davido features in the remix of Becky G’s new release, “Next To You”.

The American singer who gained recognition in 2011 named the remix “Next To Yoi II”. She also featured Russian, who featured in the first version and Digital Farm Animals.

Becky G while speaking on the collaboration with the Nigeria singer stated that she loves Afrobeat.

“I’ve been a massive fan of the afro-beat vibe for a minute now, so when I heard that Davido was bringing his flow to the record, I was stoked.”

The vibe @davidoofficial brought to this one is dope ? #NextToYouPart2 available now! ? @digitalfarmanimals @rvssian Link in my bio and story • Illustrations by @gnuinart