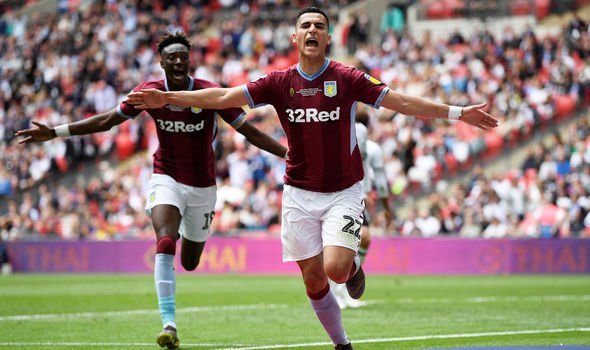 Championship side Aston Villa on Monday gained promotion back to the English Premier League after beating Derby 2-1 in the play-off to end a three-year EPL absence.

Dean Smith’s team held off a late fightback from Frank Lampard’s Rams at Wembley to book their return to the top-flight.

Anwar El Ghazi opened the scoring late in the first half when he met Ahmed Elmohamady’s cross to beat Kelle Roos and John McGinn headed into an open goal on the hour mark after an error from the Derby goalkeeper.

The Rams pulled one back through Jack Marriott in the 81st minute in a tense finish to the game.

The victory is said to be worth around £170 million ($216m) for Aston Villa because of the increased revenue available in the Premier League.