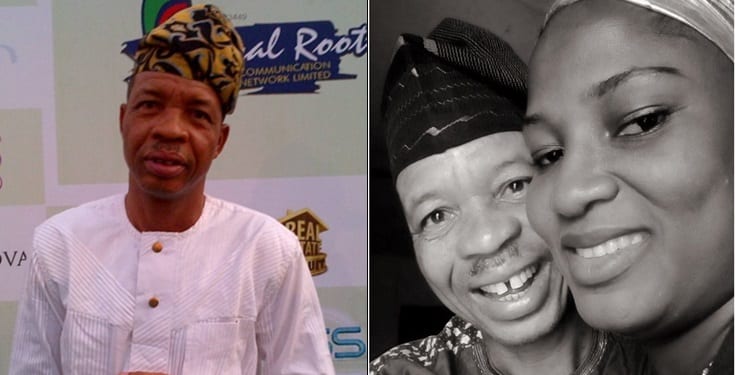 Nollywood actor, Afeez Oyetoro popularly known as by his screen name as Saka on Saturday took to his social media handles to announce the celebration of his wedding anniversary.

Naija News reports that the Nollywood actor is celebrating his 16th birthday today.

The actor who is excited with his achievements in the last sixteen years with his lovely wife, Olaide Saidat, celebrated his union with his wife as he showered praises on his wife to mark this year’s wedding anniversary.

Apparently, as the actor celebrates his anniversary today, Saka also seems not to be too happy with the fact that he and his wife walked to the alter just 16-years ago.

In what he described as his “greatest regret in life,” Saka says that he wished he had gotten married to his wife some years back, farther than just sixteen years.

Although he said his marriage was better late than never, Saka said in his post as thus;

“Today…. sixteen years ago, Olaide Saidat said “yes” and we became husband and wife. But I have regret. In my life, the only regret I have is that I got married to her just only sixteen years ago and not earlier than that.

Maybe thirty years ago, forty years ago or even fifty years ago. Well better late than never. I thank ALLAH for granting me the grace to marry this wonderful, superb, and beautiful mother of our precious kids. Glory be to ALLAH for HIS grace and favour.

Please kindly join us to celebrate our sixteenth wedding anniversary. Wishing you all a divinely blessed weekend.”