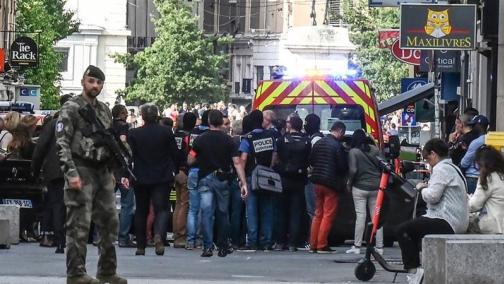 Several have been left injured on Friday, after a package blast on a pedestrian street in the heart of France’s city of Lyon.

President Emmanuel Macron while reacting to the report described the blast as an “attack” during a live Facebook interview. Macron said that no deaths had been reported “for the time being”.

Naija News understands that the blast comes in just two days ahead of the country’s hotly contested European Parliament elections.

Police source revealed that the package contained “screws or bolts” and had been placed in front of a bakery near a busy corner of two popular streets.

As at the time of filing this report, the Police said eight people were wounded but none of the injuries appeared to be life-threatening.

Meanwhile, Macron in his Facebook interview said as thus: “It’s not for me to give a toll but it appears there are no fatalities. There have been injuries, so obviously I’m thinking of these injured and their families.”

“An eight-year-old girl was wounded…. We’re fairly relieved because apparently there were no serious injuries but on the other hand, we are certain it was an explosive device,” his statement read in part.