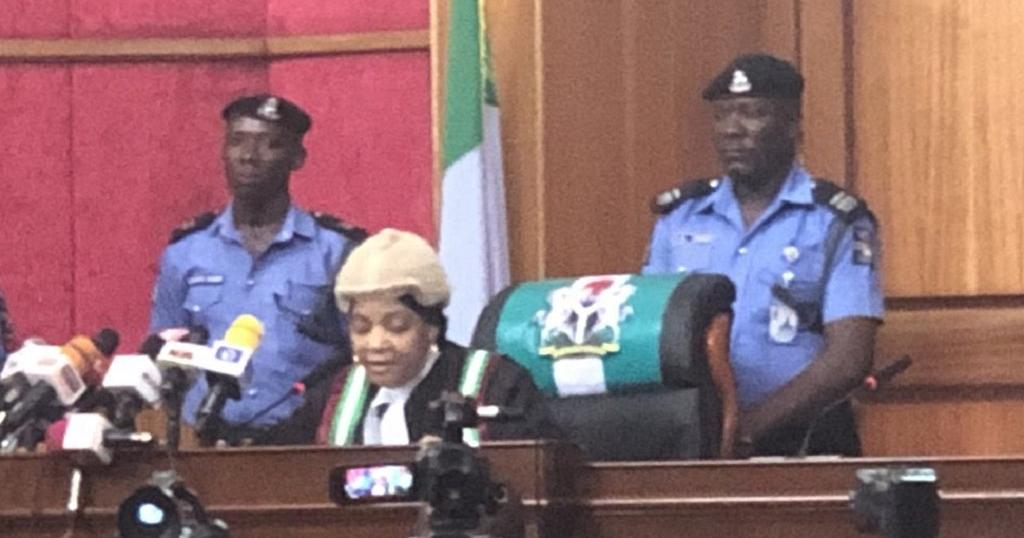 The Peoples Democratic Party (PDP) has reacted to the withdrawal of the President of the Court of Appeal, Justice Zainab Bulkachuwa, from the Presidential Election Petitions Tribunal.

The main opposition party had filed an application alleging the likelihood of bias against her.

Justice Bulkachuwa’s husband his a Senator-elect under the All Progressives Congress (APC) and her son had contested the party’s governorship primary.

Although, the five-man panel of the tribunal, in a unanimous ruling, dismissed the application of the PDP and former Vice President Atiku Abubakar on the grounds that the allegations of a likelihood of bias were not established; Bulkachuwa said she was withdrawing for “personal reasons.”

Reacting to the withdrawal, the National Chairman of the PDP, Prince Uche Secondus said his party had nothing against the person of Justice Bulkachuwa.

He, however, stated that the application was filed in order to protect the integrity of the judiciary.

Secondus told Punch: “We have nothing personal against Her Lordship. Rather, what we did was to help her protect her name.

“Natural justice demands she doesn’t sit in such a case. That’s what she has done. That’s fine by us. We are okay with her decision.”