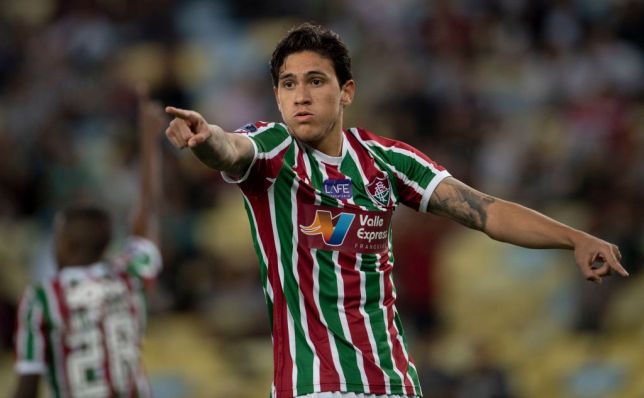 According to Globoesporte, English Premier League side, Manchester United, has begun a discussion with Fluminense striker, Pedro.

The 21-year-old striker almost penned a deal with Real Madrid last year but the deal was broken due to a cruciate ligament injury, which kept him out of play for seven months.

United who had earlier shown interest in the young star are now ready to seal a deal with him.

Pedro made his senior debut for Fluminense three years ago and has scored 17 goals in 50 appearances for the Brazilian club.

He was handed his first call-up to the Brazil National team last August but pulled out due to his knee injury.