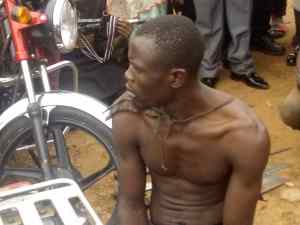 Fifteen suspected bandits have been arrested in an operation by the men of Operation Puff Adder of Nigerian Police at various locations in Isa local government area of Sokoto state.

Parading the suspects at the Sokoto state police command Headquarters, the Sokoto state Police Commissioner, Ibrahim Ka’oje says the arrest was carried out over the weekend by the combined security patrol team made up of all the security agencies in the state.

According to Ibrahim, the suspected bandits are fleeing bandits from Zamfara state that could not bear the hit in Zamfara as a result of ongoing military operations in the state.

Items recovered from the suspects include a fabricated gun, matches, operational motorcycles, assorted charms, and other light weapons.

The Commissioner sought the cooperation of members of the public with useful information that will help in arresting criminal elements disturbing the peace of the caliphate.

See photos of the Police parading the suspects as shared by TVC: 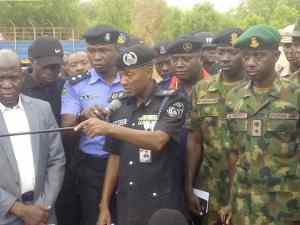 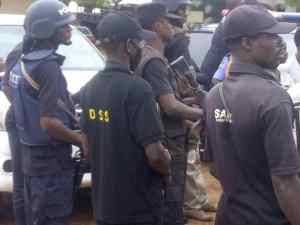