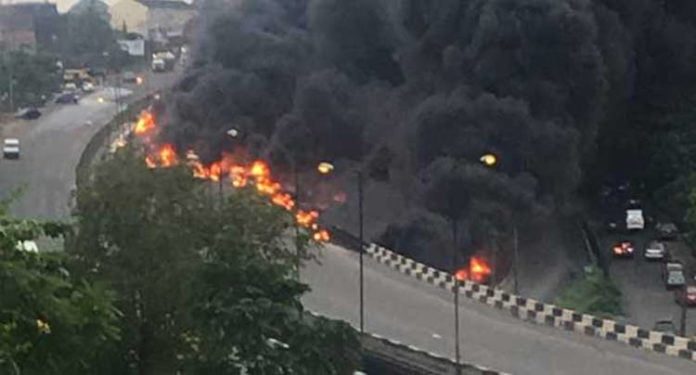 Reports reaching Naija News suggest that a blue-coloured Bus Rapid Transit (BRT) vehicle is currently on fire on the popular and busy Third-mainland bridge in Lagos.

Officials of the Lagos state fire service and that of the Lagos State Transport  Management Authority (LASTMA) had since arrived the scene to put out the fire and also manage the traffic situation on the busy bridge.

As at the time of filing this report, no casualty has been recorded although efforts to speak with the officials proved abortive as all hands were on deck, struggling to curtail the inferno.