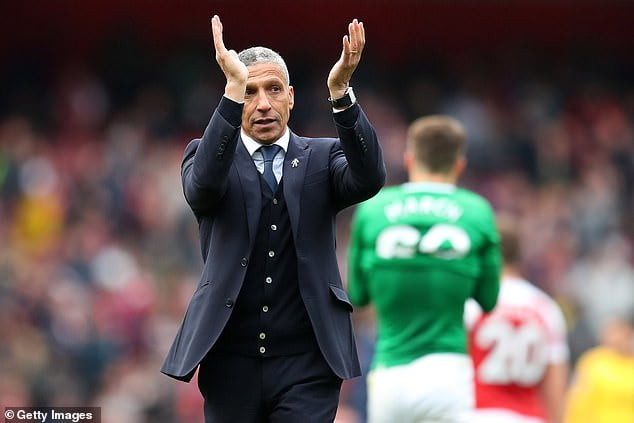 Former Brighton and Hove Albion coach, Chris Hughton has stated that was “hugely disappointed and surprised” after the club decided to sack him having secured the third successive Premier League campaign for the club.

His Four-and-a-half year reign was ended by the club a day after they lost to Premier League champion, Manchester City.

“I was hugely disappointed and surprised, by the decision that was made to end my time with Brighton and Hove Albion FC,” Hughton said in a statement from the League Manager’s Association (LMA) on Wednesday.

“I thoroughly enjoyed my four and a half years managing this special football club. I would like to put on record my gratitude to my coaching staff, the players, fans, everyone connected to the club and the wider community of Brighton and wish them luck for the future,” he said.

“He helped transform Brighton & Hove Albion, from fighting relegation to League One, to competing with the best teams in the world and retaining Premier League status for yet another season.”

“He continues to be a tremendous role model for young managers and coaches in the game,” Bevan stated.