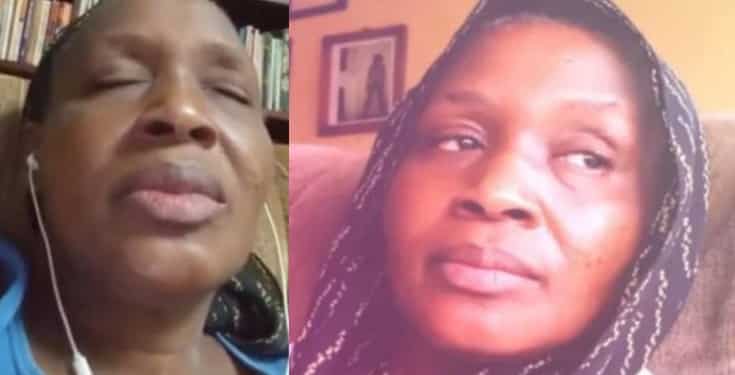 Controversial and retired journalist, Kemi Olunloyo on Tuesday took to one of her social media handles, to crying out to Nigerians for support over her declining health state.

Naija News understands that the Nigerian journalist, says she’s dying slowly and also have suicidal thoughts and fear on a daily basis.

The journalist also called actress Iyabo Ojo out again for ‘destroying’ her reputation. She said comments made against her on social media have a way of getting to her. She cited Iyabo Ojo’s comment against her also went ahead to cite Davido’s.

She said she’s very sensitive to comments she receives online.

Olunloyo called on well-meaning Nigerians to come to her rescue and donate on her behalf so she could regain her life again.

Below is what Olunloyo wrote in her post on social media below;

“TO MY FANS: I am dying slowly. I can’t even step out again stuck in a bed mentally destroyed. Post traumatic stress #PTSD is killing me slowly, suicidal thoughts and fear daily. Just pray for me. I am very sensitive to what is said to me abusively or otherwise. From Davido’s insult to ordinary ppl who troll me online. I use my name online, I hide from no one.

To the fans who sent me a donation this past weekend, lots of N1-5K, thank you for feeding me and giving me SUPPORT. To @iyaboojofespris’s fan who don’t know who they are following, Iyabo destroyed me! I lost my name, reputation, $5M in 2 years no longer able to blog or write. I struggle to just post daily. If not for this phone, I may have committed suicide a long time ago. Social media keeps me ALIVE. Though I forced myself to RETIREMENT due to poor health, I will need years of rehabilitation, pls Support my work and Official wellness fund. Donate: 3020832750 First Bank of NIGERIA PayPal [email protected] GoFundMe: Link on my bio.

Thank you young ppl. I appreciate you. Any amount will help me build my life back and save up for medical care and a new online radio station. They won’t hire me here cos NBC has threatened stations as my dad says “They think Kemi will abuse the Presidency.” I’m just fighting for the people. Meanwhile the DG of NBC was not paraded when he was arraigned. Modibbo Kawu is accused of diverting N2.5B meant for the digital switch to his friends in bogus contracts. That is why I bring you all this kind of information yet some people tell me to leave public figures alone.
#Kemitalkskemi
#KemiOlunloyo

Thank you to all hard working celebrities and numerous fans who have also helped me in the past when I was released January 2018 but didn’t know I will feel this kind of Medical ailment. @tontolet @funkeadesiyan @adeyanjudeji @iamdencia @yelesho @officiallindaikeji @seyilaw1 Pls read about #PTSD and follow the hashtag. I want to travel to get better care. God bless your donation. I will be back on Instagram on the weekend as I can no longer post on weekdays. I will compile news for you from Fridays to Sundays. I have to rest sedated after reading the news daily.”