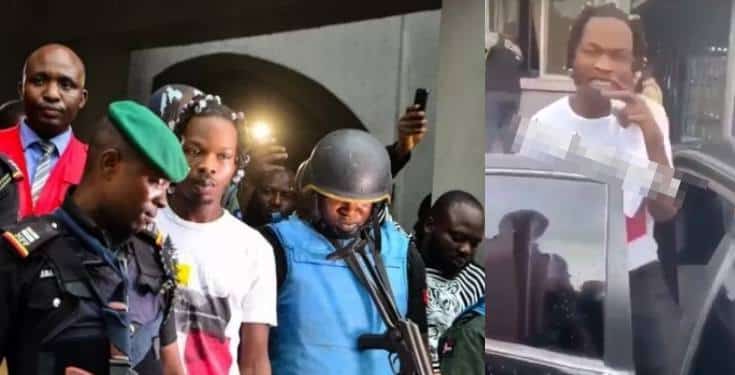 The Economic and Financial Crimes Commission (EFCC) has accused some friends of the Nigerian singer who was arrested on his birthday, Friday, May 10, Naira Marley, of releasing propaganda videos.

Naija News reports that the EFCC accused the friends of Naira Marly of releasing videos in what the anti-graft agency described as their “desperation to launder his image.”

The anti-graft agency made this known in an interview while reacting to the videos making the rounds across social media platforms and blogs and suggesting the freedom of Naira Marley.

The EFCC revealed contradiction to the viral videos showing the musician going into a private car, as the EFCC has maintained that Naira Marley he is still very much remanded in the Ikoyi prison.

Recall that the Federal High Court sitting in Ikoyi, Lagos, had, on Monday, ordered Naira Marley to be remanded in prison until the resumption of his trial in May 30th, when the hearing of his bail application will take place.

He was earlier arrested alongside Zlatan Ibile and three others but had since been granted administrative bail by the EFCC.