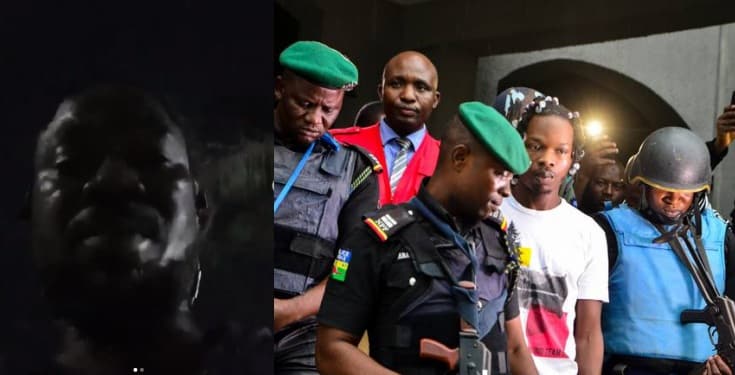 Ace Nigerian musician, Daddy Showkey has come out to throw his weight behind Naira Marley who is currently going through an ordeal in the hands of the Economic and Financial Crimes Commission (EFCC).

Naija News understands that Daddy Showkey on Tuesday mourning, came out openly to defend the Nigerian artiste who was arrested on Friday, May 10, alongside Zlatan Ibile and three others.

Daddy Showkey took to one of his social media handles to lambaste the Nigeria’s anti-graft agency for exercising their powers on Naira Marley whom he described as an innocent young boy that is trying to grow up and of course, earn a living.

Daddy Showkey berated the EFCC for parading and escorting Naira Marley in and out of the court premises with hefty and armed police officers. He said he has done nothing to warrant the mobile Policemen who escorted him, armed to the teeth like they were expecting a “death sentence against him.’‘

He said that the inability of the government to provide employment for the youths has made the youths adopt means of livelihood and suggested that to have been the reason Naira Marley found himself in this mess.

Naira Marley is standing trial for his alleged involvement in cybercrime, he was arrainged before the Federal High Court in Ikoyi while Mobile police officers were seen surrounding him as he was led in and out of the court.

In his video lambasting the EFCC, Daddy Showkey said the anti-graft agency ignored the several pleas by Nigerians to give Naira Marley a second chance.

He said that the anti-graft agency has deserted the real criminals in the Nigerian society, stressing that Naira Marley is not a threat to any neighbourhood in the country.

In his words, Showkey said; “Ogun will kill all those that arraigned the singer yesterday.”

“Many things make me laugh. What did Naira Marley do to warrant all the security? This boy is a small boy growing up and trying to survive.

Don’t use your position anyhow.” he advised.