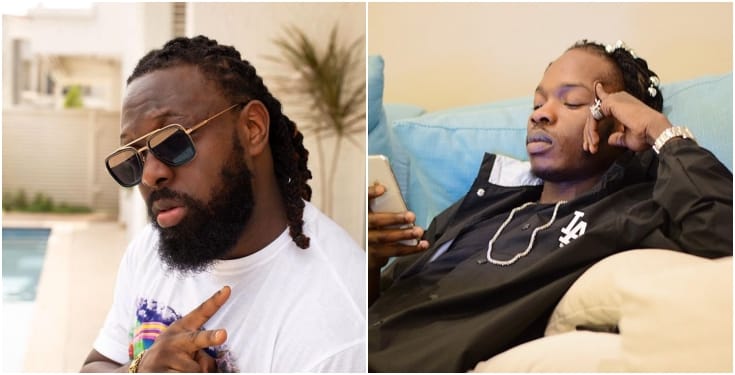 Popular Nigerian singer, Timaya said that the arrested Nigerian rapper, Naira Marley who was arrested on Friday, May, 10, a day he is supposed to celebrate his birthday; invited trouble into his life.

Naija News reports that Timaya said that Naira Marley invited trouble into his life by releasing a song with the popular lyrics and street anthem; “Am I A Yahoo Boy.“

The Nigerian artiste and father of three said that there is power in the tongue. He said that life has a way of attracting the proclamations of the tongue into reality.

Timaya made this known in one of his Instagram posts where he also used the opportunity to advise his fans on the need to proclaim positivity into their lives.

He recalled that the “Am I a Yahoo Bo” crooner and campaigner was arrested in just few days after the release of his track.

Naija News recalls that Naira Marley was arrested by the operatives of the Economic and Financial Crimes Commission (EFCC) alongside Zlatan Ibile and three others.

Meanwhile, Naira Marley had on Monday been arraigned before a court although there are unconfirmed speculations that he was on Monday granted administrative bail.

Zlatan Ibile, on the other hand, had since regained freedom after he was granted an administrative bail alongside three others in the previous week.