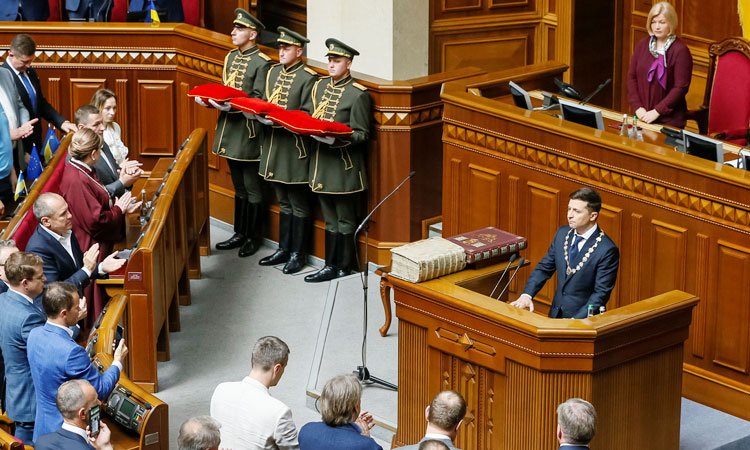 A 41-year-old comedian with no political experience , Volodymyr Zelensky, has officially been inaugurated as Ukraine’s president earlier today after winning a landslide election victory.

Naija News understands that the newly inaugurated president promised to protect the sovereignty and independence of Ukraine during the ceremony in parliament in Kiev.

“I pledge to protect the sovereignty and independence of Ukraine,” 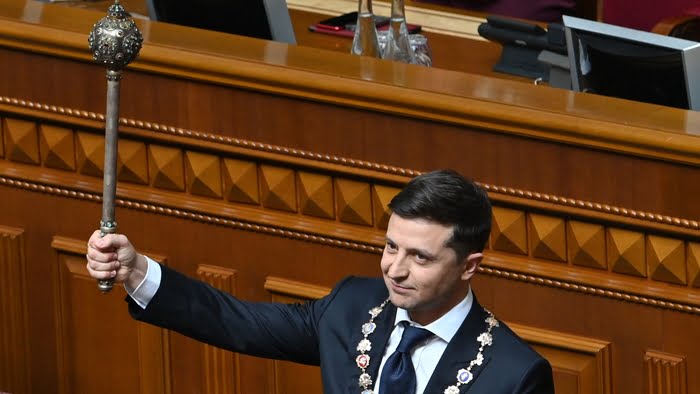 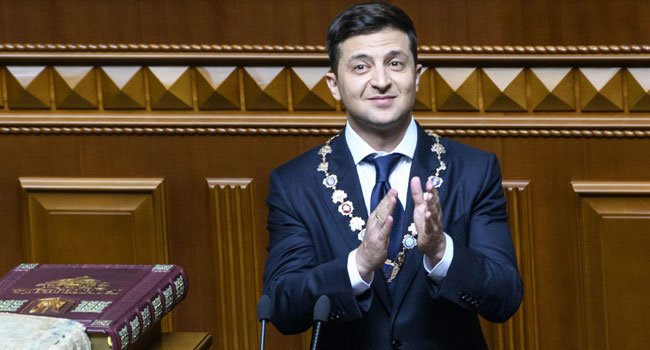 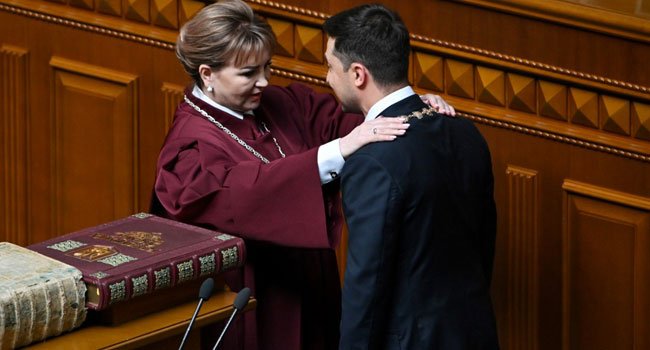 He used his inaugural speech to announce that he is dissolving parliament, after wrangling with lawmakers in the lower house, in order to call early parliamentary elections, which had originally been scheduled for October.

“People must come to power who will serve the public,” Zelensky said.

Critics had questioned whether Zelensky would be able to govern without a parliamentary majority. Even setting a date for his inauguration took weeks of negotiations with hostile lawmakers, whom Zelensky exasperatedly called “petty crooks”.

He also vowed that his first task was to bring a ceasefire in the conflict with Moscow-backed separatists in eastern Ukraine that has so far caused some 13,000 deaths.

The separatist authorities have indicated that they could be ready to negotiate with Zelensky.

Dressed in a dark suit and tie, the president took a non-traditional route to his inauguration — walking on foot from his home nearby, after saying he wanted a less pompous ceremony.In a sign of his more informal style, he exchanged high fives with supporters waiting outside and took selfies with them.

So far little is known about his precise policies after a campaign that capitalized on public disillusionment with the political establishment and promised to “break the system”.

Uniquely for a first-time president, Zelensky had played the inauguration scene before — for laughs. He starred as a history teacher who was unexpectedly elected president in a television comedy series, “Servant of the People”.

Just a few months ago, the idea that Zelensky would be inaugurated for real seemed equally unlikely.

When the actor and comedian announced his candidacy on December 31, few took it seriously, but after an unprecedented campaign largely waged through social media, he won more than 73 percent in the second round on April 21, trouncing Poroshenko.

Poroshenko led Ukraine for five years, overseeing the fallout over Russia’s annexation of Crimea and the armed conflict in the country’s east.

While Poroshenko averted complete collapse and launched a series of key reforms he was widely criticised for failing to improve Ukrainians’ living standards or effectively fight all-pervasive corruption.