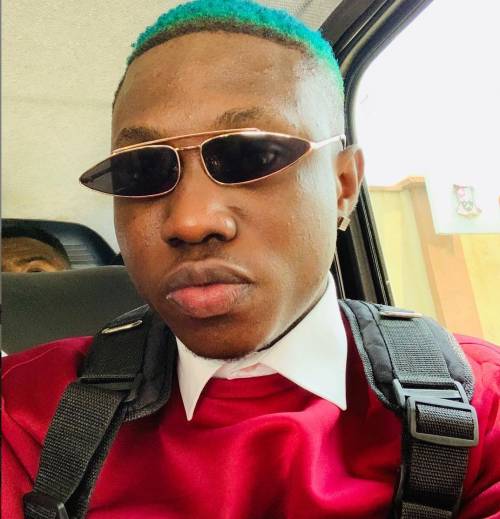 Despite his ordeal with the Economic and Financial Crimes Commission (EFCC), Nigerian artiste, Zlatan Ibile, has released a music video to address those who snitched on him when he was in the EFCC custody.

Naija News reports that his video comes in four days after his release was secured.

Recall that the EFCC recently arrested and paraded Zlatan Ibile together with Naira Marley and three others over their alleged involvement in Internet fraud.

The set was arrested on Friday, May 10 which happens to be the birthday of Naira Marley.

However, four days after he was freed, the artist has released a music video titled ‘4 days in Okot Eboh’ to express his disappointment about those he believed snitched on him while he was in the EFCC net.

Zlatan made the song public on his Instagram page on Sunday, May 19, and advised snitches not to be quick to judge because nobody is holy.

Zlatan titled the song “Okot Eboh” which is the name of the street in Ikoyi, where the Economic and Financial Crimes Commission (EFCC) office is located in Lagos and where he was detained.

The song opened with a Yoruba proverb that loosely translates as “pretend you were dead, see who will shed tears over your death. Pretend to be broke and see who’ll ignore you”.

Other lines in the song, which was largely sung in the Yoruba language to address his purported snitches thus translates:

“My people know me, forget the fact that they tried to give me a bad name.

So, you too can talk (about me) like this and you call yourself my friend. We eat and drink together. Just four days and you can’t hide your hatred for me. You guys didn’t expect me to return. Nobody is holy and don’t be quick to judge”.

Watch the Video below: