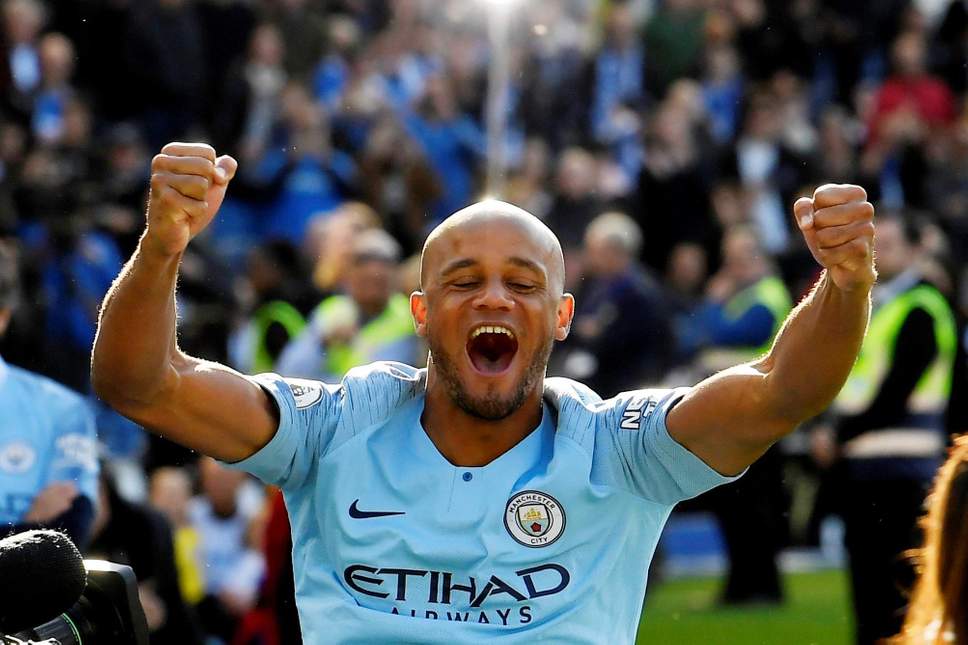 The defender has decided to call time on his 11-year association with the Club having won four Premier League titles, two FA Cups, four League Cups and two Community Shields.

Kompany will continue his career as player/manager of his first professional club Anderlecht.

Paying tribute to Kompany’s huge contribution to the Club’s success, City chairman Khaldoon Al Mubarak said: “There have been many important contributors to Manchester City’s renaissance, but arguably none are more important than Vincent Kompany.

“He defines the essence of the club. For a decade he has been the lifeblood, the soul, and beating heart of a supremely talented squad.

“A booming voice in the dressing room yet a quiet and measured ambassador off it, Vincent can be as proud of himself as we are of him.

“I am not sure he expected to lift the Premier League trophy on four occasions during his captaincy but he will be remembered and revered whenever this period of unprecedented City success is spoken about by future generations.

“His leadership, intelligence and determination have seen him adapt brilliantly to playing under four different managers and overcome some debilitating injuries. He is a special character who has answered every demand the club has made of him.

“We now look forward to celebrating his testimonial match in September so that we can properly celebrate his City contribution. He will always be part of the City family.”

Commenting on his decision, Kompany said: “As overwhelming as it is, the time has come for me to go. And what a season to bow out. I feel nothing but gratefulness. I am grateful to all those who supported me on a special journey, at a very special club.

“I remember the first day, as clear as I see the last. I remember the boundless kindness I received from the people of Manchester.

“I will never forget how all Man City supporters remained loyal to me in good times and especially bad times. Against the odds, you have always backed me and inspired me to never give up.

“Sheikh Mansour changed my life and that of all the City fans around the world, for that I am forever grateful. A blue nation has arisen and challenged the established order of things, I find that awesome.

“I cherish the counsel and leadership of a good human being, Khaldoon Al Mubarak. Man City could not be in better hands.”