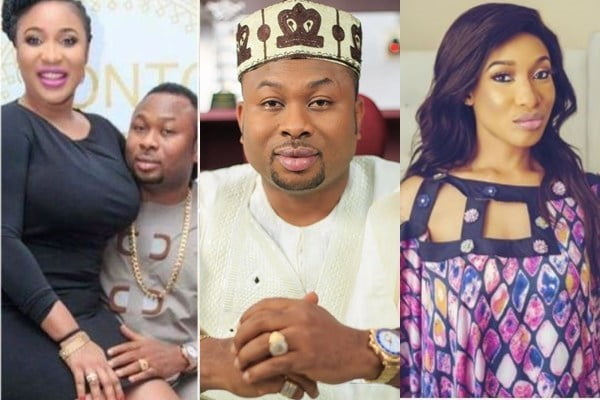 Nollywood actress, Tonto Dikeh, has revealed in her latest Instagram post, why she described her estranged husband, Olakunle Churchill, as a 40-second man.

Naija News understands that Tonto Dikeh revealed her reason while responding to an aggrieved fan who attacked her on social media for using Churchill’s alleged sexual disorder to publicly shame him.

The Nollywood actress stated that she made her ex-husband’s inabilities public because he (Churchill) was the first to accuse her of being on hard drugs.

It could be recalled that Tonto Dikeh has recently claimed the father of her son suffers from premature ejaculation and only lasts for 40 seconds; a development that continued to trail reactions as fans have already taken their diverse stands on the matter.

Tonto Dikeh had made the revelation on the alleged sexual life of her estranged husband on a recent interview with a controversial On Air Personality (OAP), Daddy Freeze of Cool FM.

In her Instagram post, Tonto warned that what happened to her could happen to anyone and advised that others should learn from her situation.

In her words, she wrote; “So, a man f**king man say I’m on drugs and I can’t use his sexual disease against him? For me, I will drag your life from hell and back until I’m ok!! We all can’t be the same, you know.”