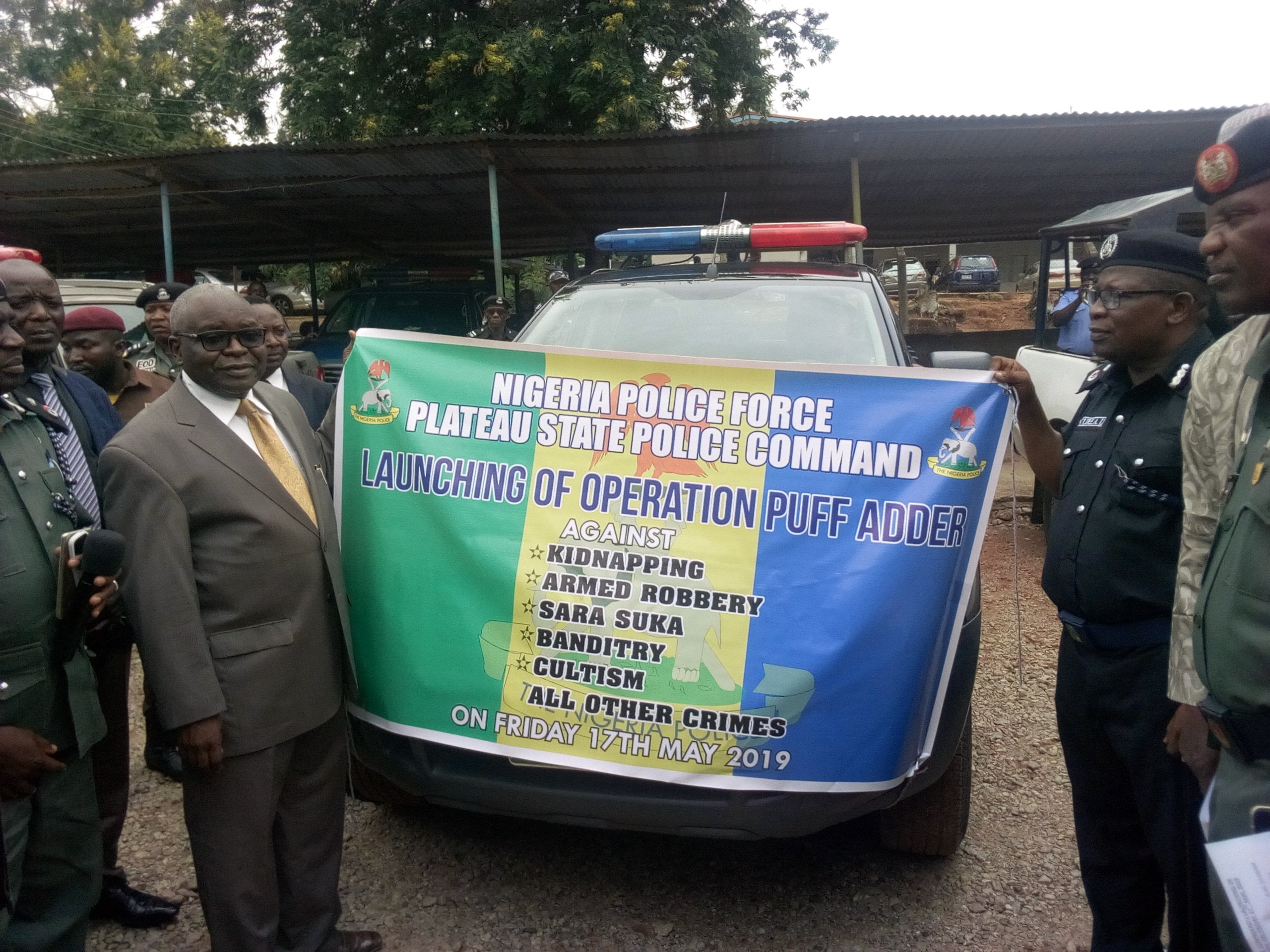 The Plateau State Police Command has launched Operation Puff Adder in an effort to put an end to kidnappings, banditry and other forms of criminality in the state.

The Commissioner of Police in the state, Isaac Akinmoyede, stated that the operation which was launched in Plateau is in line with the vision of the acting Inspector General of Police, Mohammed, Abubakar Adamu, to curb kidnapping, armed robbery, and bandits. He said,

“The operation is lunch in Plateau to tackle insecurity such as kidnapping‚ armed robbery, Cultism, banditry and Sara Suka crimes and to also prevent the influx of criminal elements considering the ongoing security operations in the neighbouring Kaduna, Nasarawa and Taraba states.”

The Governor of the state, Simon Lalong, who launched the operation at the Police headquarters, Jos, called on the people of the state to provide useful information to security operatives particularly on criminal hideouts.

Lalong who was represented by his Deputy, Prof. Sonni Tyoden, pledged to support the security agencies in the state.

The Commander Operation Safe Haven (OPSH), Major General Augustine Agundu, in his statement stated that the insecurity in Plateau needs to be tackled from multiple dimensional perspectives.

He promised that they would join hands with the operation to make the state unsafe for kidnappers, armed robbers, and bandits.

“Its launch is timely, and indeed we shall use this privilege to deal decisively with all threats to our livelihood here on the Plateau.”

“We are determined than ever to say, never again would the cancerous factors that had bedevilled the state resonate.”

“My experiences here on the Plateau gives an indication of a multifaceted crisis that requires multidimensional approaches to solving them.”

“The launching of Operation Puff Adder, is one of those initiatives”, he stressed.