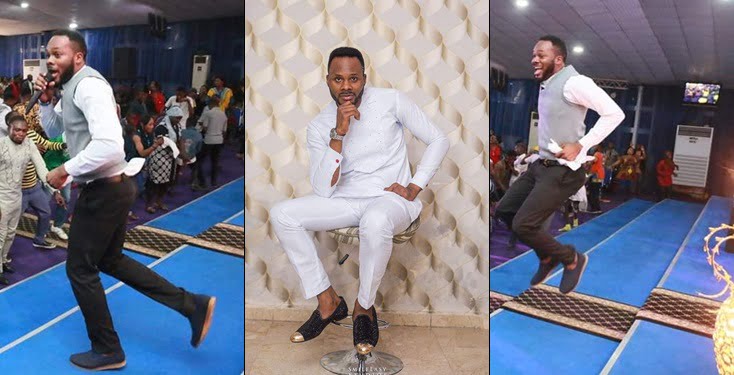 A popular minister of the Redeemed Christian Church Of God (RCCG), Michael Arowosaiye, on Tuesday committed suicide in his residence at Sunnyvale estate in Abuja, Nigeria capital.

Naija News reports that the minister who was popularly known for his fan-thrilling performance as a gospel singer that he was, took his own life after he ran into depression.

A friend to the deceased revealed in an interview obtained by Naija News that the gospel singer plunged into depression due to his inability to foot the bill of his accommodation; a development that has triggered reactions as some online users felt that he would have relocated rather than facing the challenges of paying a rent in an estate which could be beyond his financial budget.

He was said to have hung himself with a trouser belt in his room.

Michael also recently ministered in his church during a youth praise event before he ended his own life.

Michael Arowosaiye was a music minister in a parish of the Redeemed Christian Church of God in Abuja.