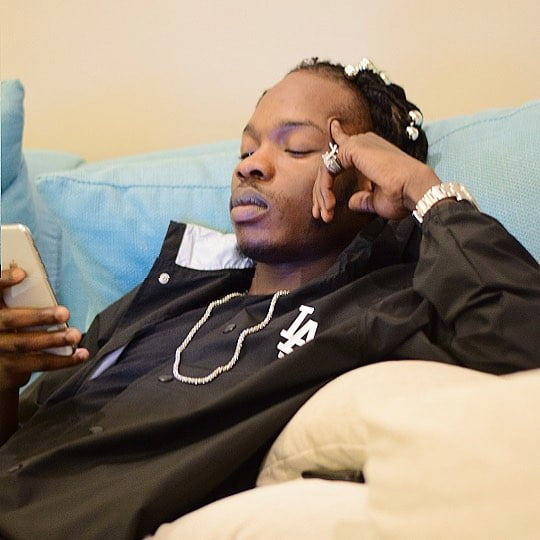 A storm of reactions by Nigerians has greeted fresh counts filed against Naira Marley b y the Economic and Financial Crimes Commission (EFCC).

Naija News had reported earlier that the EFCC filed an 11-count charge against the singer, who was arrested alongside Zlatan Ibile and three others.

With this development, the musician effectively risks seven years in jail if found guilty, as Section 33 (2) which he was accused of breaching, reads: “Any person who uses: a counterfeit access device; an unauthorised access device; an access device issued to another person; resulting in a loss or gain commits an offence and shall be liable on conviction to imprisonment for a term of not more than seven years or a fine of not more than N5,000,000.00 and forfeiture of the advantage or value derived from his act.”

The charges with suit number FHC/L/178C/19 were filed before a Lagos State High Court.

Some of the credit cards, according to the EFCC, bore the names- Nicole Louise Malyon, and Timea Fedorne Tatar.

Moments after the news broke, Nigerians took to the micro-blogging site, Twitter to air their opinions on the matter.

EFCC officially files 11 Charges against Naira Marley and sues him to court.

After EFCC drains Naira Marley of his money.

The Nigerian Music Industry is rife with folks whose alternative source of income is also fraud, but they all keep a low profile.

Uncle Naira Marley thought he was immune cuz he knows Olamide. By the time you're out, you'll switch to Gospel music & be featuring Frank Edwards. https://t.co/Ag3jwTrqLG

Naira; Why I pose like that for that first picture? ?? pic.twitter.com/q5mQYj6jET

When Naira Marley finally free from EFCC .His next single go like this pic.twitter.com/LTFbegdeWv

Naira Marley when he hears the word yahoo ? pic.twitter.com/F0V9fQQiGd

Court to Naira Marley: You'll be spending 7 years in jail.
Naira Marley: I know my homeboy Zlatan will come for me
Zlatan: pic.twitter.com/Z2mMUy1SlH

Naira Marley is going to jail after dropping a hitsong. May we not unknowingly cut short our success with our own mouth ??

***EFCC asking Naira Marley if he borrowed the laptop***

EFCC : Naira Marley is that true?

Naira Marley : Yes, it's not mine, I borrowed it from my friend Zlatan.

Zlatan : ahhhh, me dat don't even have a phone let alone laptop. ? ? ? pic.twitter.com/JJfZFtQLv8

#zlatan has always been wise, in his song with nairamarley he said “yahoo ni óre mi se!” Now EFCC has released him and his friend is still in their custody. He casted Naira marley. pic.twitter.com/fS1x0QPU8r

1. He's an artist that "speaks for the streets."

3. They found evidence on a borrowed item that was found on him.

4. Naira Marley is not Nigeria's problem.

5. He is not a Yahoo Boy. pic.twitter.com/CGnZBJ0xMi

With that Official Statement from His management, it is safe to say Naira marley next stop is KiriKiri Prison ????…..

Naira Marley's management : He borrowed the laptop he was caught with, not his own.