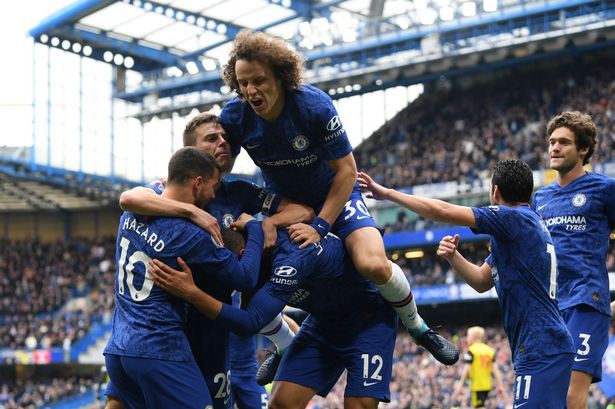 Below is a roundup of top stories emanating from English Premier League Club, Chelsea Football Club.

1. Chelsea To Sack Sarri, Replace Him With Frank Lampard

Barring any last minute change, Chelsea Football Club will sack Maurizio Sarri and replace him with club legend, Frank Lampard. A report monitored on TheSun UK, quoted respected TV station Sport Mediaset, to have said that the 40-year-old Lampard will return to manage his former club after his impressive spell with Derby County.

Eden Hazard will be officially unveiled as a Real Madrid player after Chelsea play their Europa League final against Arsenal on May 29 in Baku. Real have been linked with a move for the Belgian all season, and are said to have all but finalised a €100million (£86m) deal for the forward.

FIFA has rejected an appeal from Chelsea to overturn their 1-year transfer ban for breaking youth transfer rules. The Blues were banned from signing players for their men’s teams for the next two transfer windows after being found guilty by FIFA’s disciplinary committee of breaching regulations relating to the recruitment of minors.