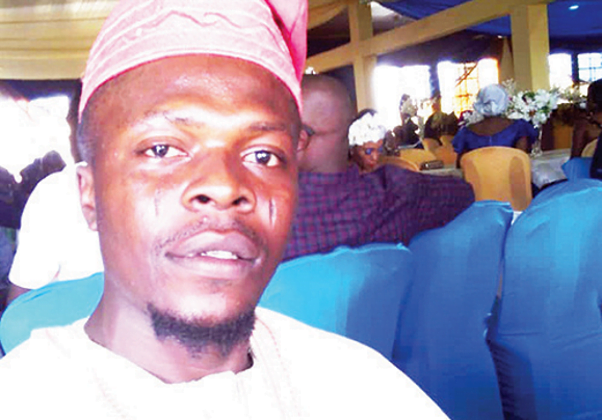 The family of Oluwadamilare Shittu, a tricycle rider has expressed fear after he disappeared from home.

A report into the incident has it that the 30-year-old left his house on Ereko Street, in the Fadeyi area of Lagos State, for work around 6.30am on April 30.

It was reported that the family began to sense danger after a woman he usually took to work came to ask after him the next day.

The matter was reported at the Onipanu Police Station by his wife, Adedoyin, a further report has it that his tricycle was discovered 10 days later without any trace of him.

“My husband is a tricycle rider and he plies Sabo, Yaba, and Oyingbo areas. We had the naming of our second child on Sunday, April 28. On Tuesday, he left for work but did not return home. He usually leaves home early in the morning because of a female customer he takes to her workplace.”

“The next day, the woman came to ask after him. She said she had not seen him and was wondering what the problem was. We immediately reported at the Onipanu Police Station.”

“His tricycle was recovered on Friday, May 10, on Alhaji Kappo Street; but he was nowhere to be found. He is easygoing and does not fight people.”

A source close to the family while speaking stated that the victim might not be found alive.

He stated that following his disappearance, youths living on two streets in the area had engaged in a free-for-all.

The source stated that it was a few days after the fight that Oluwadamilare’s tricycle was recovered.

He said, “Oluwadamilare was formerly living at Makoko, but when he got married, he relocated to Fadeyi.”

“Three days before he went missing, there was a fight in the neighbourhood. Whenever there is a fight like that in Fadeyi, innocent residents, including strangers, are attacked. Days after such fights, people are targeted for living on rival streets and killed.”

“We got information that a tricycle rider was attacked. The tricycle was later traced to the street where the hoodlums clashed. The police did not arrest anybody for questioning at the scene. We have gone to check mortuaries around, but we did not find him. The tricycle is still at the police station.”