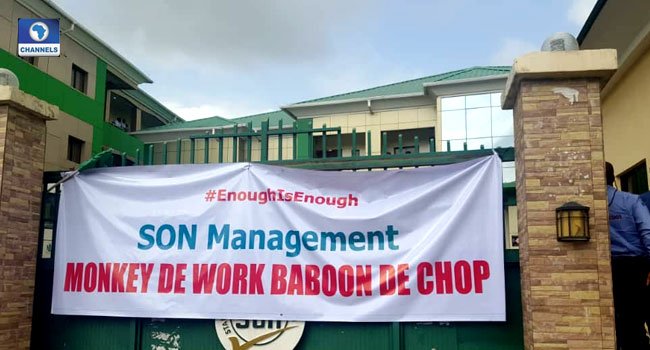 Workers of the Standard Organisation of Nigeria (SON) today staged a protest at the organization’s office in Federal Capital Territory, Abuja.

Carrying various placards that alleged corruption of their boss,  the workers assembled at the entrance of the SON headquarters.

According to the workers, the protest is against alleged cases of corruption, poor staff welfare, and non-payment of entitlements.

The workers under the umbrella body of the amalgamated union of public corporations, civil service technical and recreational services employees are demanding the immediate approval and implementation of better conditions of service at the agency.

Naija News gathered that the workers are accusing the organization of illegal promotion of some directors and are calling for the intervention of the Economic and Financial Crimes Commission (EFCC) and Independent Corrupt Practices and Other Related Crimes (ICPC) into the operations of the organization.

They alleged that the Director-General of SON, Osita Aboloma, has refused to obey the directive of the Federal Ministry of Labor and Employment on voluntarism.

The head of public relations at SON, Dipo Fashina, in reaction says the issues raised by the workers is being addressed.

He added that the budgetary allocation has been provided in the 2019 budget to settle all outstanding allowances.

However, the Public relations officer of SON, Dipo Fashina, who spoke to TVC noted that the matters the workers protested for are being attended to, noting that ‘We are all family’.

See photos from the protest below… 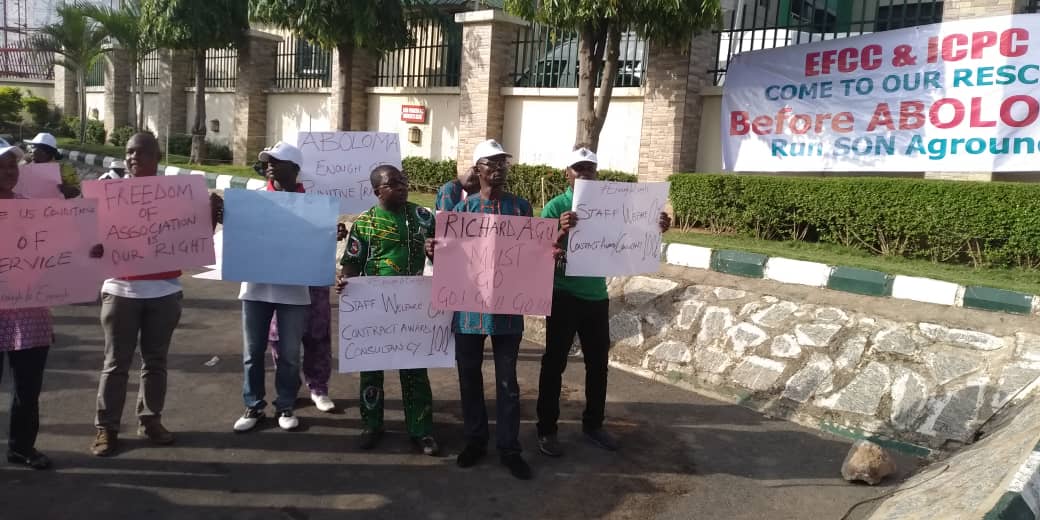 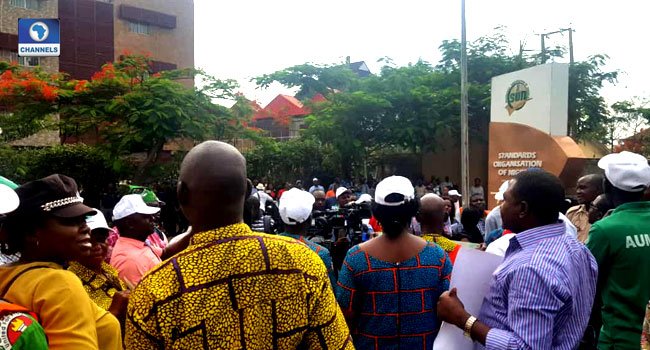 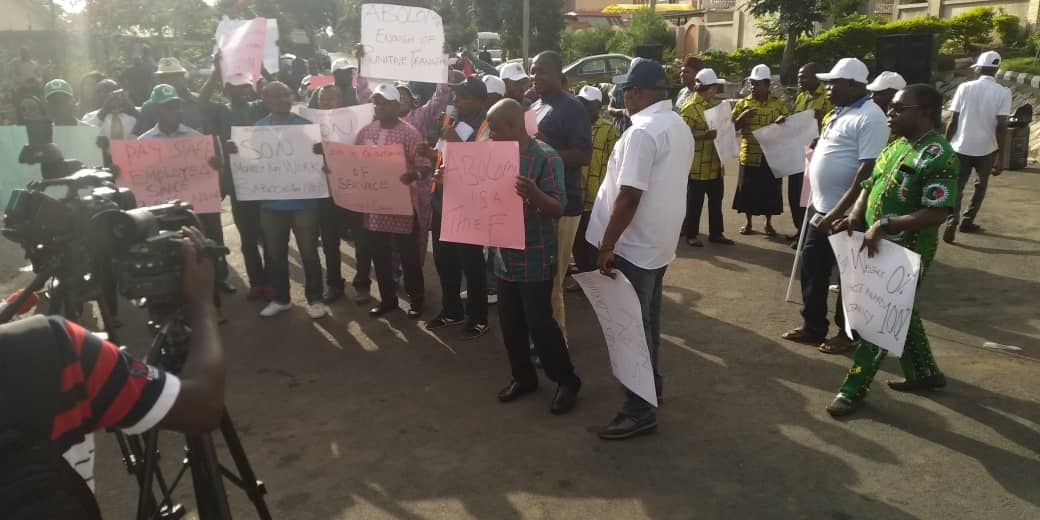