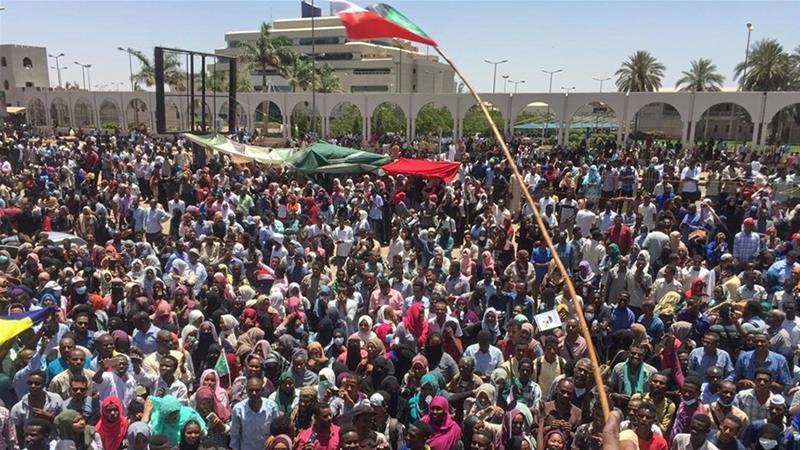 Protesters Say New Regime Is A Continuation Of Ousted Al-Bashir

Six persons have been killed and dozens of others have been injured when soldiers tried to break up a peaceful mass sit-in to demand a civilian government, the Central Committee of Sudanese Doctors said on Tuesday.

The transitional military council, which is currently in charge of the country, however, denied attacking the protesters in front of the army headquarters of the capital, Khartoum on Monday night.

The sit-in has been taking place since earlier this year and was one of the main protests leading to the ousting of long-time President Omar al-Bashir.

“Outlaws’’ who were trying to break up an agreement between the military council and opposition groups had staged the attack, the council said in a statement.

“These parties have entered the sit-in area and sought to escalate incidents, including the firing of bullets, security raids and causing provocation between regular forces and protesters,” the council said.

The casualties include a military officer, while three soldiers were wounded, according to the statement.

The attack comes after protesters poured into the main streets of Khartoum on Monday to intensify pressure on the transitional military council to set up a civilian government.

Police and soldiers initially responded by using tear gas and batons on hundreds of demonstrators.

The transitional military council and leaders of opposition groups meanwhile announced on Monday evening that they had agreed on a power structure and governance system for a joint council they formed in late April to solve their disagreements.

Talks are expected to continue on Tuesday, among other things to determine the length of the transitional period, said Military Council spokesman, Shams Khabbashi.

Earlier this month, the transitional military council and opposition groups had been unable to come to an agreement, causing much discontent among protesters.

Anti-government demonstrations began late last year with the call for al-Bashir to go. The protesters got their wish on April 11, when the military deposed and arrested him.