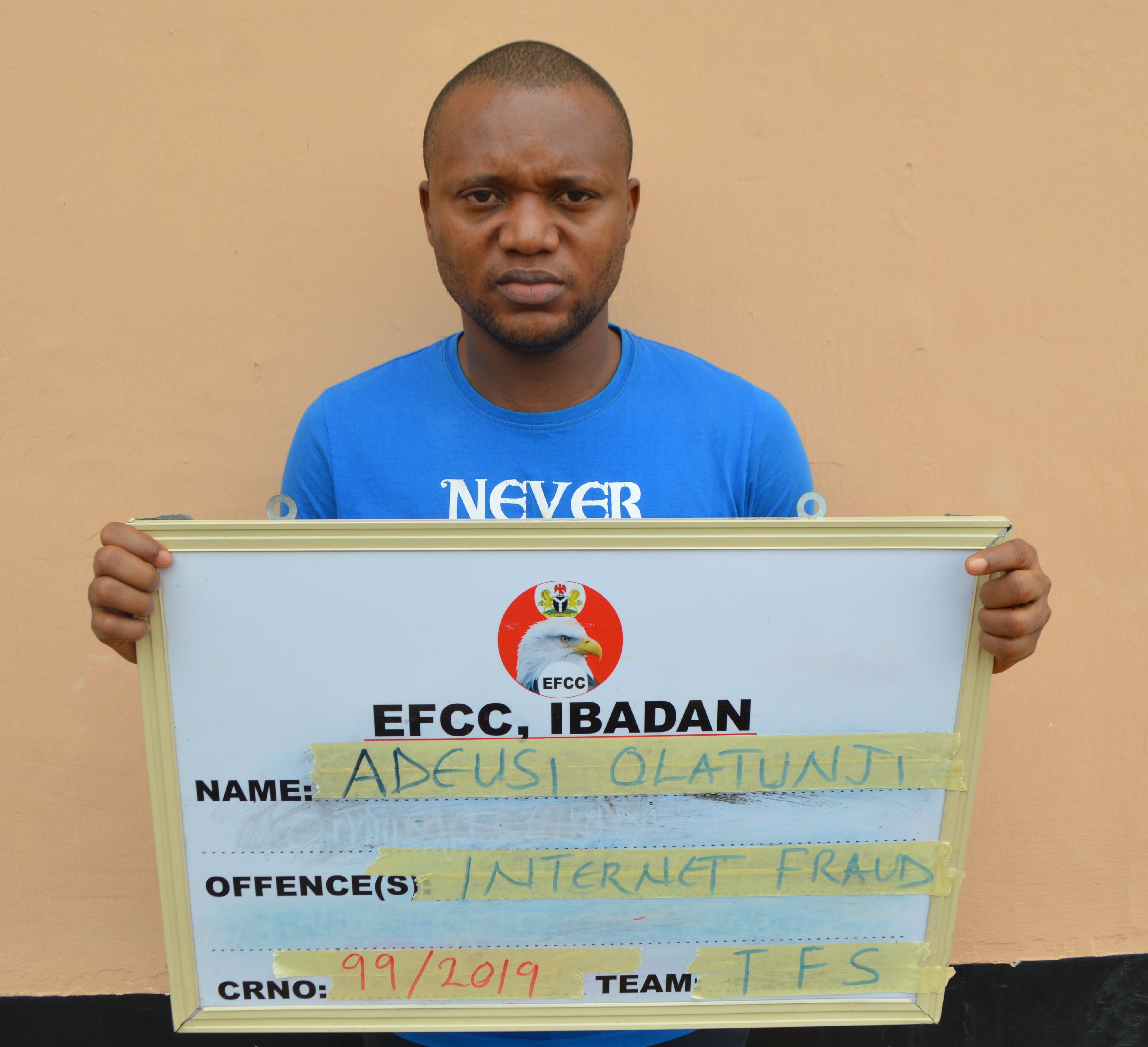 The Economic and Financial Crimes Commission, Ibadan zonal office, on Monday filed an internet-related offence against Adeusi Demola Olatunji, a graduate of Criminology and Security Services.

The Federal High Court, Ibadan sentenced the graduate to four months in prison after been found guilty of the allegation against him.

The sentence was pronounced by Justice P.I. Ajoku after he found him guilty of a one-count amended charge of criminal impersonation.

Adeusi who is also known as Piero Luchas, was arraigned on a six-count charge to which he pleaded not guilty.

He was convicted of a one-count upon a plea-bargain agreement he later had with the commission. He pleaded guilty to the amended charge when read to him.

The spokesperson of the commission, Tony Orilade, stated that the convict was apprehended on February 8, 2019 at Elebu Oja, Ibadan, Oyo State.

“His modus operandi, according to EFCC investigations, was to present himself as Piero Luchas, a white man with email address jeremy.david564@gmail.com, to dupe his victims.”

After he pleaded guilty to the accusation, the EFCC counsel, Mabas Mabur called on the court to accept the plea bargain agreement and convict him accordingly. The court granted the prayer.

Apart from his jail term, he was ordered to return the sum of $1,800 as restitution to one of his victims.

He will also forfeit his Infinix phone, iPhone 6 and a Toshiba Laptop to the Federal Government of Nigeria, being part of the benefit he derived from his fraudulent act.

The conviction takes effect from the day of his arrest.