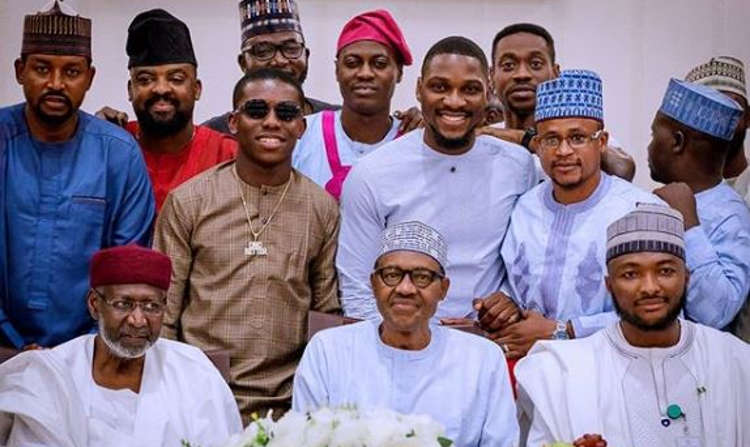 President Muhammadu Buhari has sent a “strong warning” to all Nigerian celebrities to stop using him for comedy.

Naija News reports that the President gave the warning in Abuja, Nigeria’s capital, on Monday, May 13.

President Buhari stressed that other countries have their challenges and yet their citizens don’t publicly criticize their leaders.

“My government is trying all it takes to tackle insecurity which I see as the only challenge Nigeria is facing at the moment,” President Buhari vowed.

The President also said he will relinquish power if the Election Tribunal declares Atiku Abubakar of the Peoples Democratic Party (PDP), Nigeria’s main opposition party, as the winner of the 2019 Presidential election.

Naija News recalls that the Independent National Electoral Commission (INEC) declared Buhari who participated in the election on the platform of the All Progressives Congress (APC), Nigeria’s ruling party, winner of the February 23 Presidential election.

Reacting to the development on Monday, President Buhari said he will hand over to the PDP candidate if the court declares him the winner of the election.

The President also gave Nigerians full assurance to end the country’s problems in his four years.

Meanwhile, the 2019 Presidential Election Petition Tribunal is headed by the President of the Court of Appeal, Justice Zainab Bulkachuwa who is alleged to have been indicted by Department of State Services (DSS).