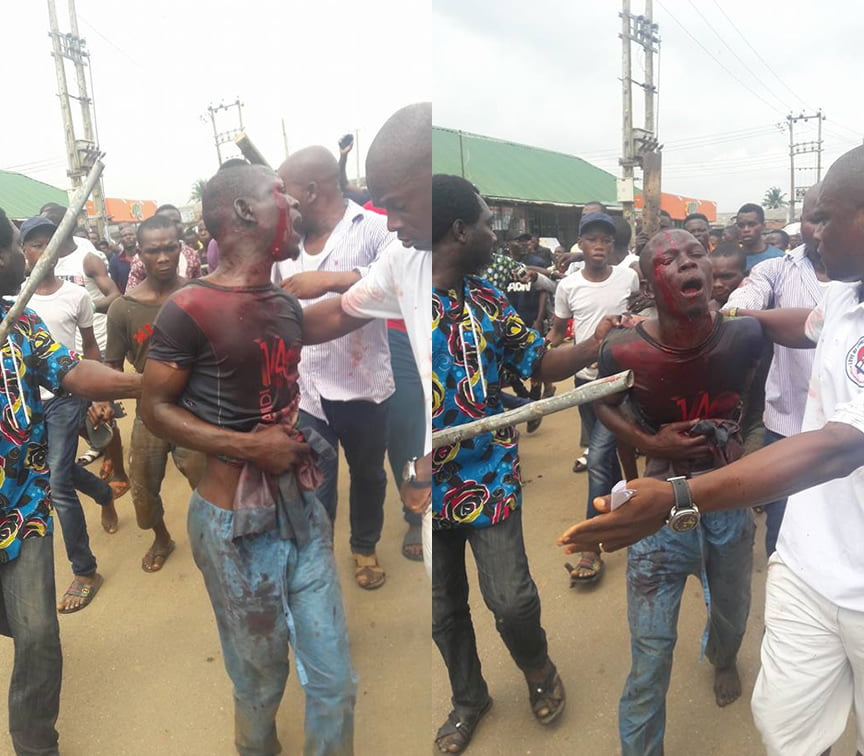 A suspected armed robber has been killed by an angry mob in Gboko, Benue State.

According to an eyewitness, the suspect popular known as ‘One Man Squad’ was believed to be behind robberies in the town.

Governor Samuel Ortom said on Wednesday that efforts were on to apprehend criminals in the state including ‘One Man Squad’.

An eyewitness, identified only as Terna, said ‘One Man Squad’ was caught as he attempted to rob a filling station in Gboko.

Terna said, “Immediately he stormed the station, he shot to the air to scare the people at the filling station. But unknown to him, some youths, who had been monitoring him, confronted him.

“He attempted to shoot the youth but he realised that he had run out of bullets. He took off but they chased him and beat him to death.

Naija News learnt that the police took his corpse to the General Hospital, Gboko as the spokeswoman for the police in the state, DSP Catherine Anene, confirmed the development.

Anene said, “It was reported that when he heard that police were approaching as he was robbing, he took to his heels and was chased.

“He abandoned his rifle and ran into the crowd where he was lynched before the police could rescue him.”