Naija News understands that the houses which were seized by the EFCC are located at 15a, 15b and 17 MacDonald Road, Ikoyi, Lagos, Nigeria’s commercial city. They are said to belong to Saraki.

A report monitored on Punch, says the anti-graft agency was said to be unsure of which of the properties that actually belong to the Senate President and decided to place inscriptions and stickers on all of them.

The report said while 15a and 15b were declared by Saraki in his asset declaration form, it is believed that some other houses on the street were bought by the Senate President from the Presidential Implementation Committee for the Sales of Government Property through shell companies.

Saraki’s relative who spoke to Punch said the houses were seized by the EFCC on Friday, May 10. The relative pleaded anonymity. 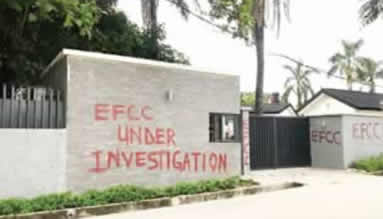 According to the relative, the “The EFCC had been making inquiries into the finances and assets of Saraki for quite some time. They came to inscribe ‘EFCC, Under Investigation’ in red on the walls and the fences. The irony is that even houses that don’t belong to Saraki were marked.

“From what we were told, they are keeping him under strict surveillance ahead of May 29, 2019, when they may invite him.”

This online news platform recalls that the anti-graft agency alleged that Saraki owned houses on MacDonald Road but there were discrepancies in the addresses. The EFCC made this allegation while presenting evidence against Saraki before the Code of Conduct Tribunal in 2016.

Michael Wetkas, the EFCC witness, had said an investigation revealed that House No. 15 MacDonald Road, Ikoyi, Lagos, and Block 15 Flat 1 to 4 on the same street belonged to Saraki.

The EFCC witness had said that the Senate President bought the properties from the Presidential Committee on Sale of Federal Government Landed Properties in Lagos through his companies.

Wetkas added that the defendant made a bank draft in the name of TYNITY Company Limited, which he declared in the asset declaration form.

He noted that when the EFCC investigation team wrote to the presidential committee seeking clarification, the committee said from their records, the only property sold to the company was No. 15 Macdonald Street, Ikoyi. 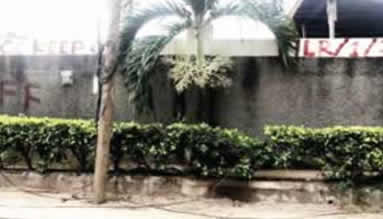 The EFCC witness said 75 per cent, which amounted to N123.7m was paid for House No. 15 MacDonald Road, Ikoyi, through a bank draft from the account of one of Saraki’s company called Skyview Properties Limited in Access Bank.

Wetkas also said an investigation revealed that Saraki made a bank draft through his company TYNITY and paid for House No. 17 MacDonald Road in Ikoyi, Lagos, in the sum of N256.3m.

“My lord, there was a draft of N12.8m and another draft of N20m from Zenith Bank as well as a draft of N4m from GTBank as part of payment for the purchase of House No. 17 MacDonald Street.

“The N20m draft came from Carlys properties and Investment Limited and a draft of 136.1m was made on January 13, 2007, for the purchase of same property.

“Another draft of N180.6m was made through Saraki’s personal bank account in GTB,’’ The witness had said.

Similarly, the anti-graft agency last week announced a probe into Saraki’s activities dating back to 2003 when he became the governor of Kwara State.

The anti-graft agency had written a letter to the Kwara State Government House, asking for the details of all of Saraki’s earnings including salaries, allowances and estacode during his eight years as governor. 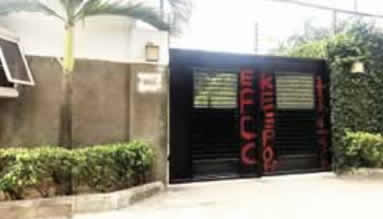 Meanwhile, the case of the Senate President is said to be a tricky one because apart from owning a Nigerian passport, he also holds a British passport, which means he can travel out of the country easily.

Saraki’s relation added, “The EFCC is building its case from the CCT trial which Saraki won in 2017. Even though he doesn’t have immunity now, they don’t want to detain him because of his position. They are waiting for his tenure to end before pouncing on him.

“They know that when he is no longer a senator, his colleagues in the upper chamber will not be able to come to his defence and accompany him to the EFCC or to the court.”

Naija News recalls that the Senate President had said he was tried, discharged and acquitted on same properties

Saraki said the properties were the subject of his arraignment before the CCT by the Federal Government. 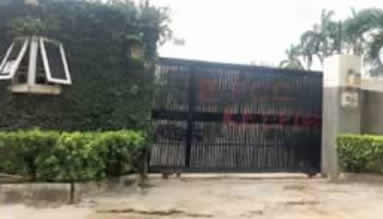 The Senate President, who spoke through his media aide, Mr Yusuph Olaniyonu, told one of our correspondents that he had never seen a place where someone, who had been declared innocent over a particular issue by the highest court in a country, would still be persecuted over the same issue.

His words: “If you look and check at the addresses of the properties they have marked, they are the same properties that formed the basis of his arraignment before the Code of Conduct Tribunal and the case dragged on to the Supreme Court.

“So, if the highest court in the land had adjudicated and made a pronouncement on an issue, can it be reopened?

“It is still a reinforcement of the statement we issued during the week,” he added.