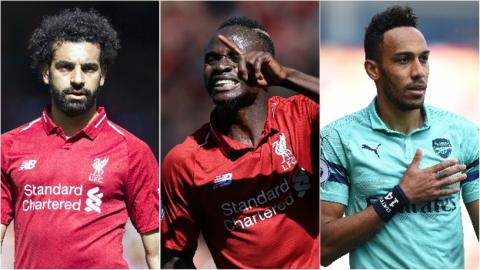 The final games of the English Premier League (EPL) season have finished with Manchester City retaining the title to be crowned 2018/19 champions, Naija News reports.

But who picked up the individual awards for the most goals, assists and clean sheets and others.

The award was shared by Mohamed Salah, Sadio Mane and Pierre-Emerick Aubameyang after Liverpool and Arsenal forwards each finished the season on 22 goals.

The award goes to Alisson after Liverpool goalkeeper kept 21 clean sheets with Brazilian no.2 and Man City keeper Ederson was only able to keep 20 clean sheets.

This year the award went to Eden Hazard after accumulating 16 assists throughout 2018/19 season with last year’s winner being Man City midfielder Kevin de Bruyne with 16 assists.

Player of the Season Award:

Virgil van Dijk won this seasons’ EA Sport’s Player of the Season award after votes from Premier League panel, peers (20 club captains) and the public saw the Liverpool defender become the third defender to receive the award after Nemanja Vidic and Vincent Kompany.