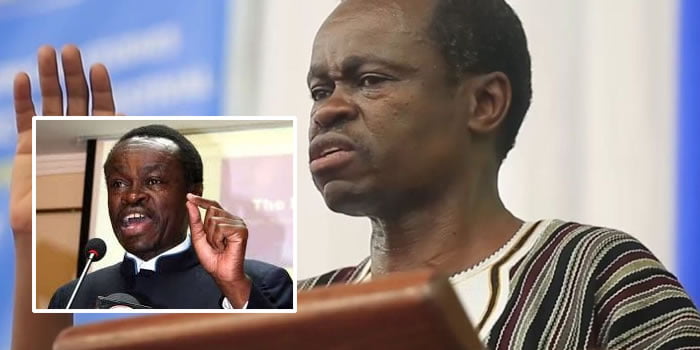 Kenyan Professor, PLO Lumumba has criticized churches which have husband and wife as pastors, saying he can’t pay his tithe to such.

The professor stated that such churches are like a pyramid scheme used to make money from the tithe paid by members and are only hiding under the name of Jesus.

Lumumba, in a trending video which has gone viral online, says though he supports tithing and pays his tithe at a Church not solely run by a single man, he, however, doesn’t support the system in most churches today.

He added that such funds not accounted for is what some pastors use to buy private jets and support their lavish lifestyles at the expense of the members.

Naija News reports a popular Nigerian OAP, Daddy Freeze also does not support the paying of tithes in any form, however, Bishop David Oyedepo of the Winners Chapel recently disclosed he pays his tithes in ‘truckloads’.

Watch details of what the professor said below: