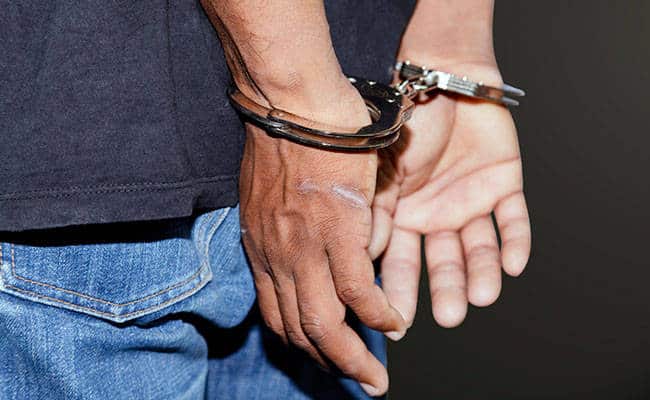 The United Kingdom has jailed six Nigerians who are London residents for their role in a series of online scams that fetched them over £10 million.

This is as Naija News reports that the Economic and Financial Crimes Commission recently arrested 24 suspected internet fraudsters and one other person for vote buying.

The Metropolitan Police in UK announced on Thursday that the Nigerians collaborated with four other criminals of Middle East and Pakistan origins to carry out their nefarious acts of “diversion fraud.”

They were convicted between March 26 and 28, and the Blackfriars Crown Court only sentenced them to a combined 43 years and community service on May 2.

All of them were sentenced to various jail terms after being found guilty of crimes ranging from impersonation to money laundering.

Premium Times reports that two of the six Nigerians shared surnames, and the police identified at least three of them as brothers. The brothers are Bonaventure Chukwuka, 41; Emmanuel Chukwuka, 27; and Christian Chukwuka 39.

Queen and Grace are wives of Andrew and Bonaventure, and they were found to have received illicit funds into their respective bank accounts.

The Nigerian suspects were found to have lavished their ill-gotten wealth on expensive fabrics and jewellery, including Cartier and Rolex watches.

The police said efforts to confiscate all the asset linked to the convicts had commenced.

How The Fraudsters Operated

The UK National Fraud Intelligence Bureau nabbed the syndicate after several victims reported the fraud online with specific details of how they were swindled. Detectives subsequently identified a pattern amongst members of the gang and the reported cases.

The gang used computer malware to intercept and steal the log-in details of email accounts belonging to businesses and private individuals worldwide, with the intent of identifying high-value financial transactions, the court heard.

Police said the gang intercepted emails about these transactions and sent spoof emails, duping the victims into paying the funds into alternative UK-based “mule” bank accounts, instead of the intended recipient. The accounts were specifically set up and controlled by the fraudsters for their illicit acts.

A total of 165 “mule” accounts, opened with fake identification documents or bought from unscrupulous account holders, were identified by detectives, police found.

They were used to receive the proceeds of the diversion fraud, where the money was quickly transferred onto other accounts, some of which were untraceable.

The fraudsters also used the funds from mule accounts to buy and export thousands of pounds of baby milk to Nigeria in an apparent money laundering.

One of the syndicate’s victims was a small construction company with a small team of employees in southwestern England. It shut down in 2017 after being defrauded of about £13,000 by the gang, court heard.

Queen was sentenced to community service, while grace received a conditional release.

The Chukwuka brothers were the first to be arrested in connection to the fraud in January 2018.

Mr Abassi established a sham company and opened business bank accounts, one of which received £1.9 million on behalf the gang, the court found. He received two years and three months for his involvement.

The police hailed the ruling as a victory for their efforts against Internet fraud, and promised to intensify their crackdown on perpetrators.

The verdict comes barely a few months after a Nigerian politician was jailed in the UK for human trafficking.