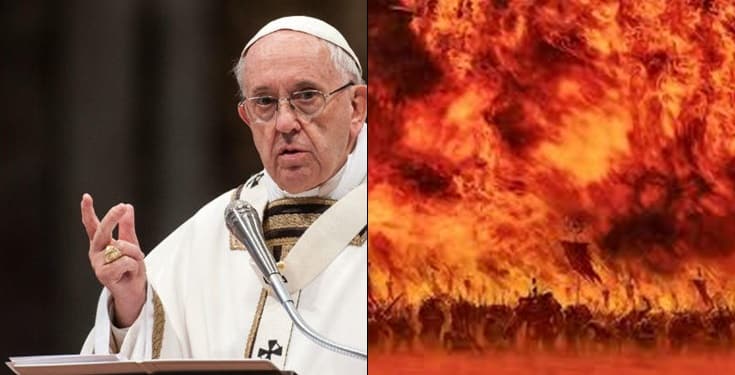 Naija News understands that Pope Francis on was on Thursday quoted in an interview to have said that hell does not exist but sinful souls only disappear.

In an interview with an Italian daily, La Repubblica, the Pope said; “There is no hell where the souls of sinners suffer in eternity.”

The pope who was interviewed by Eugenio Scalfari, a veteran Italian journalist and atheist furthered that; “after death, the souls of people who repent are pardoned by God and join in his contemplation.

“but those who do not repent, and therefore cannot be pardoned, disappear.”

“Hell does not exist – what exists is the disappearance of sinful souls,” he added.