JAMB Continues With Scrutiny Of 2019 UTME

A report by the Special Technical Task Team of the Joint Admission and Matriculation Board (JAMB) has revealed details of arrests made over exam malpractice.

According to the report, the majority of those arrested for their involvement in exam malpractice during the 2019 Unified Tertiary Matriculation Examination held between April 11 and 19 are from Bauchi State.

Of the 136 suspects arrested, Naija News understands 48 were arrested in Bauchi State.

Five persons each were arrested in Sokoto and Lagos states for examination malpractice related offences during the 2019 UTME.

The document, which was obtained by Premium Times, revealed that arrests were made in 23 out of the 36 states of the federation. 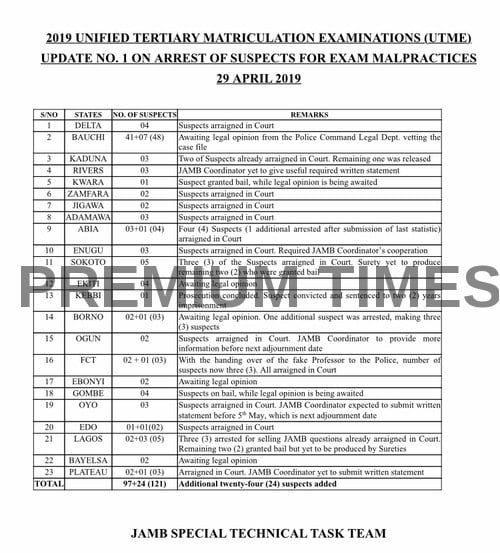 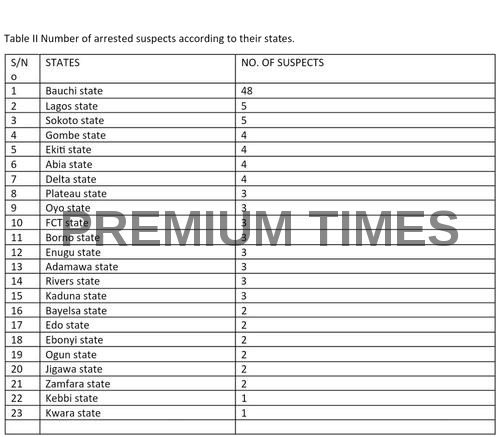 Recall that while speaking on the delay in releasing the results of candidates who sat for the 2019 UTME, JAMB Registrar, Prof. Ishaq Oloyede, disclosed that the board will diligently investigate those who committed infractions during the exams and won’t allow them to escape unpunished as was the case in previous years, while the results will be well scrutinized before they are released.

2. Results of the 2019 UTME are being delayed as the Board seeks to ensure that NO candidate involved in any form of examination malpractice is allowed to go unpunished.

Naija News reports 1.8 million candidates registered for the 2019 UTME as disclosed by JAMB.