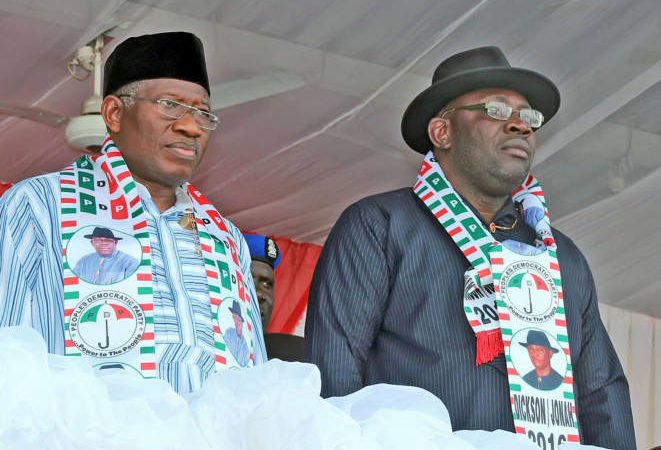 These are not the best of times for the former President of Nigeria, Dr Goodluck Jonathan.

Since the unceremonious defeat at the polls by the All Progressive Congress (APC) presidential candidate in the person of Muhammadu Buhari in 2015, the supposed lieutenants of the former President in the Peoples Democratic Party (PDP) have sidelined the leader of the party.

247ureports gathered that the Governor of Bayelsa State, Henry Dickson took the controls of the affairs of PDP and governance in the home state of the former President – and has totally snubbed the former president.

In the recently completed general elections of February/March 2019, Dickson ensured Jonathan did not present any political aspirants or would-be candidate for any of the contested seats.

The governor denied Jonathan the opportunity to present candidates for the National Assembly seats and for the State Assembly seats. The former President was not consulted on any of the issues or would-be candidates.

He was completely snubbed.

Having snubbed the former President during the period leading up to the general elections, the Governor took to the garnet to repeat the fete in July 2019 local government elections.

Dickson had announced local government and council elections would be conducted in July 2019.

Interestingly, as the PDP prepares for the exercise, the former President is reportedly in the dark of the activities of the party. This is including the choice of councillor and local government area chairman that will represent the former president’s LGA.

Recall that Goodluck Jonathan had singlehandedly mounted Dickson on the seat of Governor following the ousting of the then Governor, Timipre Sylva.

Our source reveals the Governor of Bayelsa State, Henry Dickson no longer accepts or pick calls from Dr Goodluck Jonathan. “He ignores his calls and avoids him”.