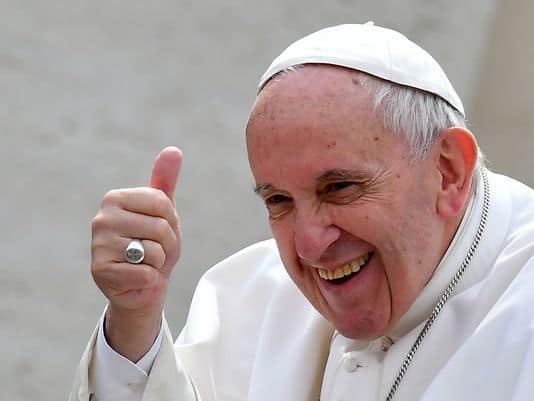 Recently a Catholic Priest, Father Goce Koskov, while speaking with Pope Francis stated that marriage has made him a better person.

According to Yahoo News, Father Koskov, a member of the Byzantine rite Catholic Church in Skopje, accompanied by his wife, Gabriela and his fours sons met with Pope Francis and local clergy in North Macedonia on Tuesday.

While speaking during his meeting with the pope he stated that marriage and his family had made him a better cleric.

Rules have it that Latin Church priests must take a vow of celibacy, while Eastern rite churches allow married men to take the cloth.

“As a priest, God gave me the grace to be able to feel the fatherhood of the body, within my family, and at the same time the spiritual fatherhood, in my parish. I have experienced that these two things are complementary,”.

“My family helps me in my pastoral work, in my relationships with people, with young people, with children. Without them, I would be much poorer.”

The Pope in his response said, “Your testimony has that ‘Gospel fragrance’ of the first communities.”

“Thank you for having shown the familiar face of the God with us, the God who never ceases to surprise us amid the pots and pans!”.