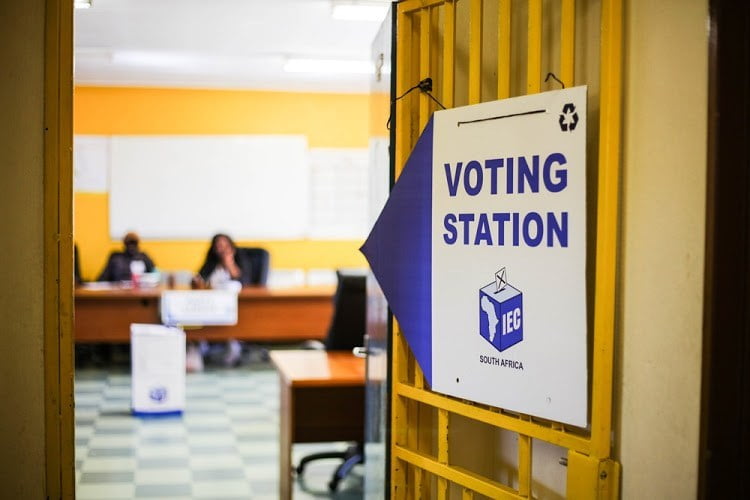 A voting station is pictured, 06 May 2019, in Alexandra Johannesburg.

South Africa votes Wednesday to elect its deputies to Parliament and its representatives in the nine provincial assemblies, concluding months of campaigning led by the leaders of its three main parties. Here is a brief portrait of these three personalities who dominate national politics:

Born in the black township of Soweto, in the suburbs of Johannesburg, he has been involved in student movements engaged in the struggle against apartheid. A commitment paid of seventeen months in prison.

He then founded the Miners’ Union. Became Nelson Mandela’s man of confidence, he led the negotiations that led to the end of the white racist regime in 1994.

Everyone then saw him as Nelson Mandela’s successor when he retired in 1999. But the ANC’s caciques preferred Thabo Mbeki.

He moves away from politics to pursue a career in business, sitting on the boards of McDonald’s, Coca-Cola or mining companies.

Having become one of the largest fortunes in South Africa, Cyril Ramaphosa’s reputation was tarnished in 2012 with the death of 34 miners killed by police during a strike in Marikana (north), of which he was a shareholder. He had then pronounced for the repression of the strikers.

Cyril Ramaphosa signed his return to politics by becoming in 2014 the vice president of Jacob Zuma. Again, he is criticized for turning a blind eye to corruption.

He took a breath in the race to succeed Mr Zuma at the head of the ANC a year and a half ago.

According to polls, its reassuring image as a pragmatic and cautious manager allowed, after the Zuma antics, to halt at least momentarily the decline of the ANC. , which should retain its parliamentary majority on May 8th.

The young leader of the opposition

Also born in the Soweto township, he joined the DA in 2009, only to be propelled to his head just six years later.

This express promotion fed the suspicions of his opponents and observers who described him as a black straw man of a movement still considered a “white party”.

Eloquent, comfortable in front of the media, Mmusi Maimane denies them by somehow managing to preserve the unity of the DA and lead to success in the local elections of 2016. Through alliances, his party has snatched from the ANC iconic cities like Johannesburg and Pretoria.

A training consultant, he did not manage to make his movement benefit from the calamitous years of the reign of Jacob Zuma (2009-2018) at the head of the country, attracting criticism of his lack of charisma and authority.

The latest polls give the DA best Wednesday only a marginal increase on the 22% collected in 2014.

A practising Christian, Mmusi Maimane studied theology and married a white woman, another curiosity in Africa a quarter of a century after the fall of apartheid.

Julius Malema, 38, founded the Fighters for Economic Freedom ( EFF ) in 2013 after violently slammed the door of the ANC where he headed the Youth League.

Rebellious and provocative, he had set himself against the whole staff of the party he accused of being lenient with regard to the white minority of the country.

A red beret on his head, EFF ‘s “commander – in – chief” has since become a self – proclaimed defender of young and poor in his eyes “forgotten” by the ANC.

During his fiery speeches, he advocates the “revolution” by the expropriation without compensation of lands still largely in the hands of whites and the nationalization of banks and mines of the country.

Denounced as outrageous, his speech seduces young people and disappointed ANC government who have not seen their living conditions change since the advent of democracy.

Its movement is on the rise, credited with 10 to 15% of voting intentions on May 8.