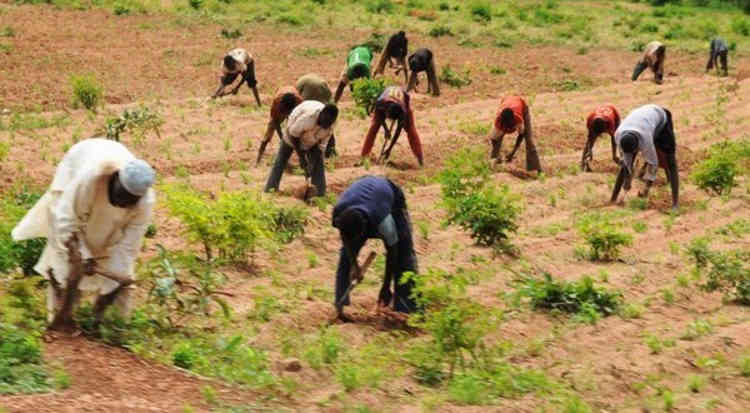 The Federal Government under its National Emergency Agricultural Intervention Fund has targeted at least 23,000 farmers in Benue State who were either affected by the 2018 flood or by the farmers/herders conflicts to benefit from agricultural inputs.

A Deputy Director of the National Emergency Management Agency (NEMA), Dr. Martins Ejike who led the agency’s team to Benue on behalf of its Director General, Mustapha Maihaja, said at a press conference on Monday in Makurdi that the fund was initiated as a palliative for affected farmers in the two emergency areas.

He noted that the federal government’s intervention program in the agricultural sector would address the two major issues of farmers affected by farmers/herders conflicts as well as farmers who were affected by the 2018 flood disaster in an aim to give them a sense of belonging.

“A farmer who successfully go through the enumeration process will get a basket. The basket contains farm inputs, such as agricultural material, knapsack sprayer, seedlings and chemical among others.”  “We are working in partnership with the state government, with agriculture specialists from the ministry of Agriculture and extension workers. We are targeting the 23 local governments areas of the state and also targeting the farming season,” he said.

Ejike added that already, the NEMA team have covered the Benue south and now moving to the northeast axis of the state as he stressed that the agency is not partisan in carrying out the assignment. He further emphasized that they (NEMA) would not give out money as they are not mandated to do so apart from distributing only agricultural inputs.

Meanwhile, the Executive Secretary of State Emergency Management Agency (SEMA), Emmanuel Shior, said that his office was working with NEMA only on the clarification of data since they couldn’t work with the list brought from Abuja and that they were doing fresh enumeration in some areas.