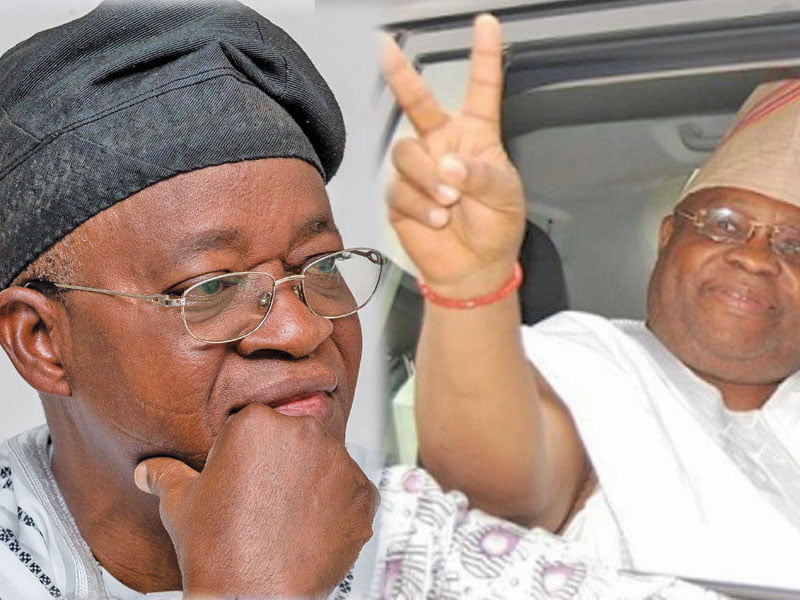 The Court of Appeal sitting in Abuja, Nigeria’s capital, has fixed Thursday, May 9, to deliver judgement on the Osun state governorship election matter.

Naija News reports that the development was is contained in a hearing motion served on the respondents by the Senior Registrar of the court on Wednesday.

This online news platform recalls that the Osun state election tribunal sacked Gboyega Oyetola of the All Progressives Congress (APC), Nigeria’s ruling party, as the governor of the southwest state.

Apparently displeased with the judgement, Oyetola approached the Appeal Court to upturn the judgement of the election tribunal.

The Appeal Court will sit tomorrow (Thursday) by 9:00 am to hear the case brought before it by the APC candidate.

Meanwhile, Naija News reports that the hearing will be coming two days after Adeleke was detained in connection with ongoing criminal investigations against him and later arraigned by the Nigeria Police Force (NPF).

The Osun West lawmaker was later granted N2 million bail. The court also asked Adeleke to provide surety in like sum before the matter was adjourned to June 24, 2019.