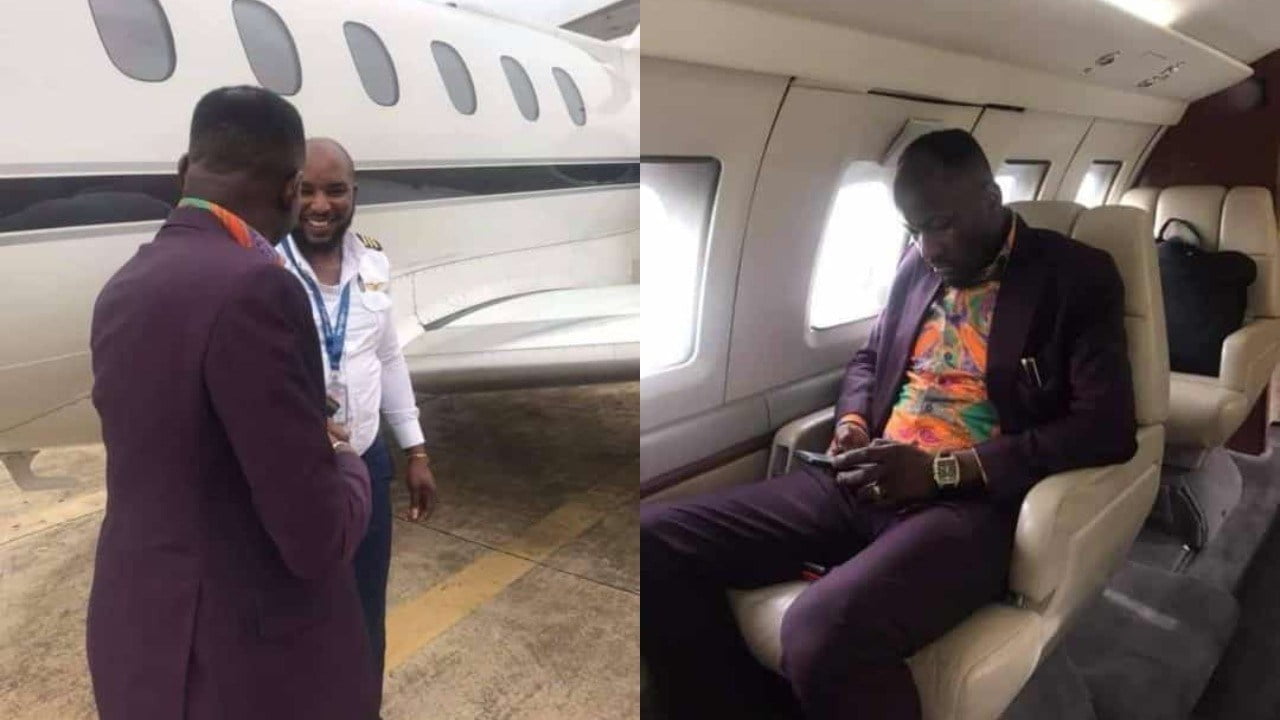 Naija News reports that the clergyman, who recently purchased a private, made this comment in a throwback video which is currently trending on Social Media.

In the video, the clergyman said any man that is seen purchasing planes, private jets or building houses, is involved in other businesses and not through “offerings and tithes,” in what appears to be a defence of  Nigerian pastors who own private jets.

“I can tell you that tithe and offering cannot buy plane. Any man you see buying plane, buying jet, building houses, there is a business he is doing, no be church,” the clergyman said in the video.

In 2016, during the Johannesburg, South Africa, version of the Restoration Conference, Apostle Suleman said he rejected a plane offered him by a businessman because God told him the source was not pure.

“It is no crime for a man of God to have a private jet if it is meant to reach the world faster in spreading God’s mission. But I don’t have one yet. The truth is that I was given a private plane as a gift about one month ago. But God told me that the giver was not pure. So I rejected it.

“You may have seen the pictures of the jet on the internet. In fact, I collected it. But when I prayed over it and found out that the source of the giver’s wealth wasn’t sincere, I politely turned it down,” Apostle Suleman had said.