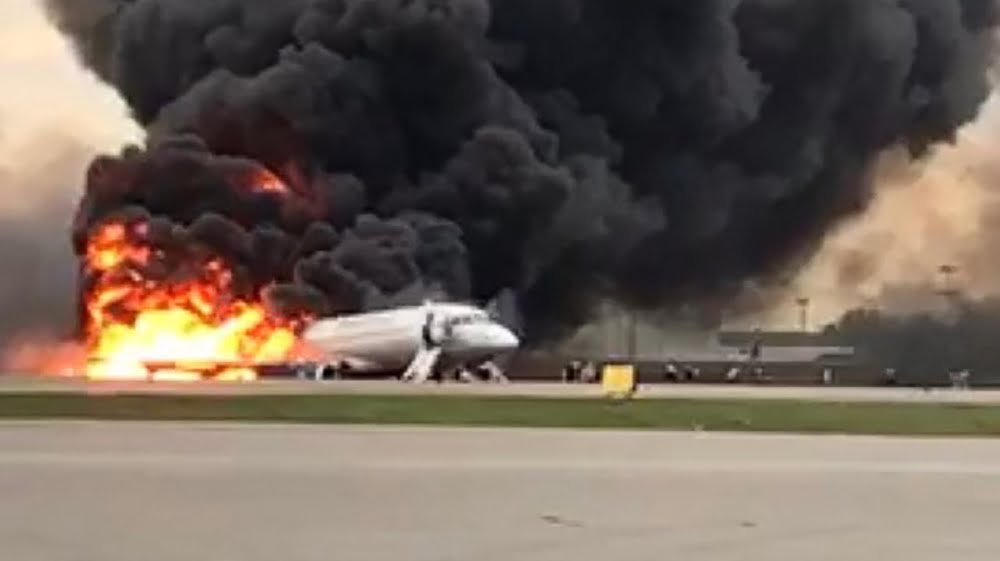 At least 40 persons have been confirmed to have died while several others have been said to have sustained various degrees of burns as a passenger plane with 73 passengers went up in flames.

Naija News understands that the plane had 73 passengers onboard with 5 crew members.

The plane was said to have caught fire after it made an emergency landing at a Moscow airport on Sunday.

The aircraft had taken off and was flying from Moscow to Murmansk when the cockpit members sensed an emergency on board; a development that forced it to return to the Moscow airport.

On touching down at the Moscow airport runway, the aircraft was said to have immediately caught fire. The aircraft caught fire as it bounced on the runway the second time.

The pilot immediately stopped the aircraft and employed the exit slides to evacuate passengers immediately.

An eyewitness said it was a miracle for anyone to escape the crash.

Footage obtained by Naija News shows passengers exiting the plane with the exit slides as the inferno consumed the tail of the aircraft.

Watch the footage below: